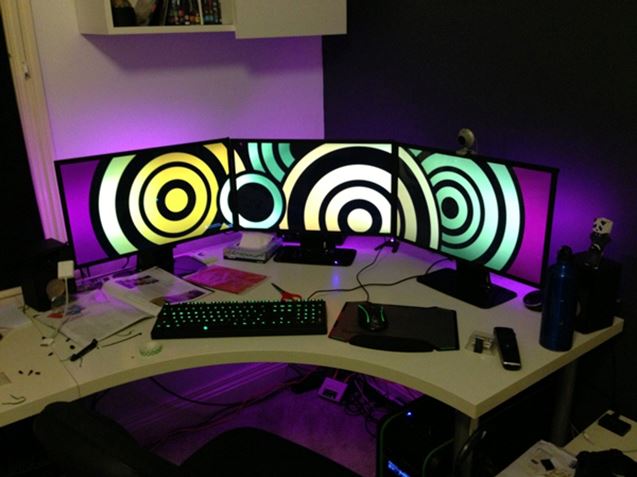 Have you ever thought of gaming with more than one monitor? There was once a time where only two monitors could be used at the same time when hooked up to one computer. This was done mainly for work purposes rather than gaming. Nowadays, multi-monitors can be used for gaming as graphics cards have been significantly improved.

Multi-monitor gaming is beneficial in the sense that you are able to see more of your gaming environment as it is extended on extra monitors hooked to your computer. Being able to see your enemy located to the far right of you with an extra monitor proves that you have more advantage as a gamer, compared to not being able to see them when using just one monitor at play. You can also use extra monitors to allow multi-tasking while you’re gaming, such as checking Facebook. Another benefit is you can browse game guide websites, such as GameFAQs and Just Push Start while you play your favourite game. In addition, imagine being able to watch a movie while checking out some other stuff on your extra monitors.

1. Check out this wallpaper that extends on three monitors 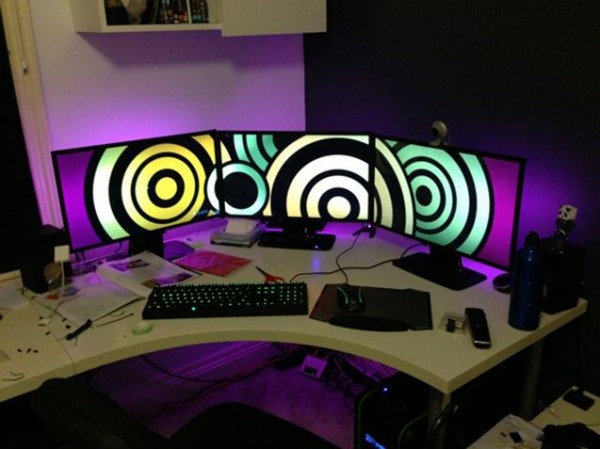 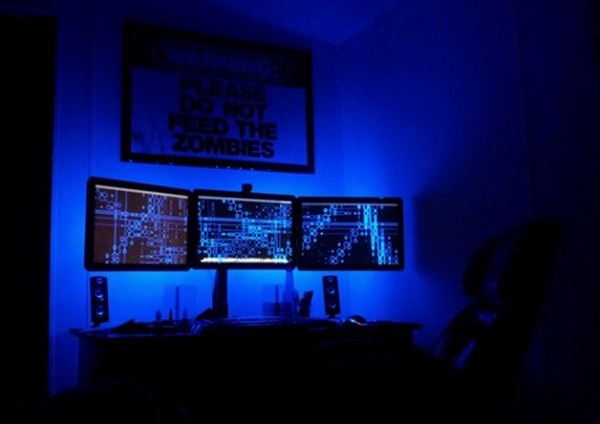 3. This gaming setup seems to be tidy. 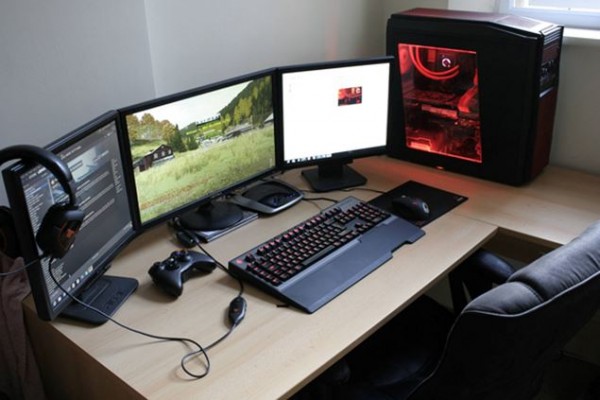 4. What about six monitors? Looks crazy. 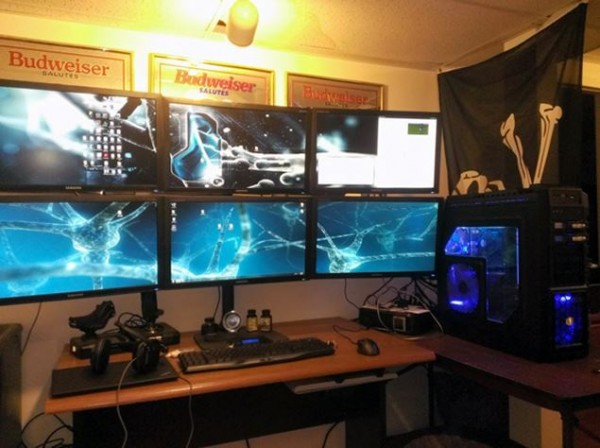 5. Check out this cool see-through table that fits all of the hardware components of the computer. Anyone notice the side monitors are vertically flipped? 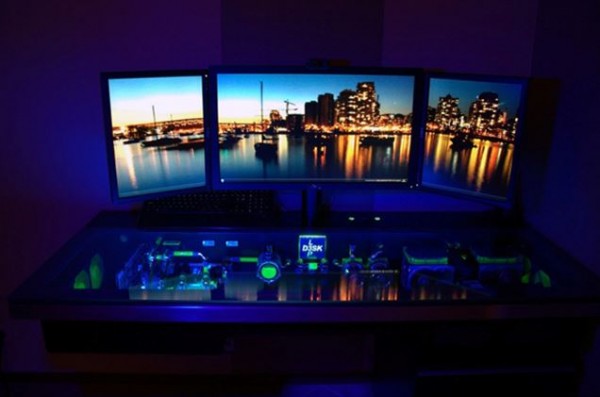 6. If six monitors weren’t enough for you, check out this nine monitor gaming setup. 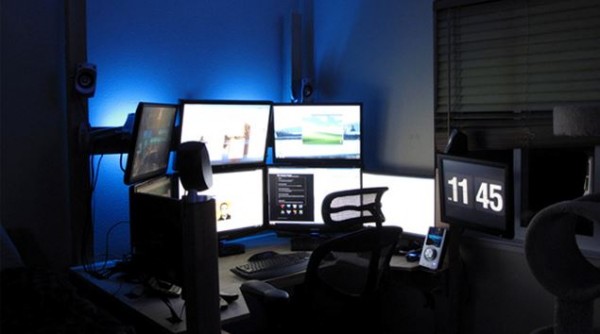 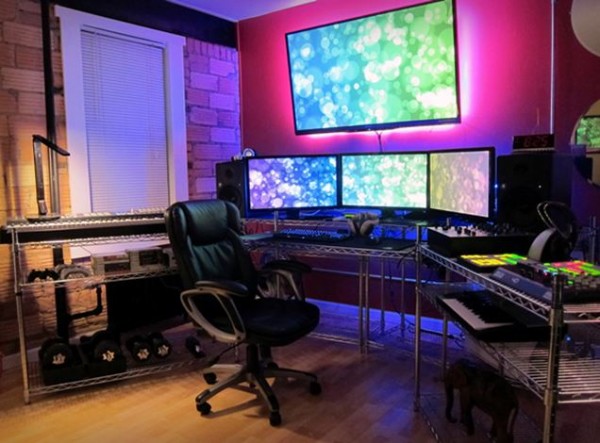 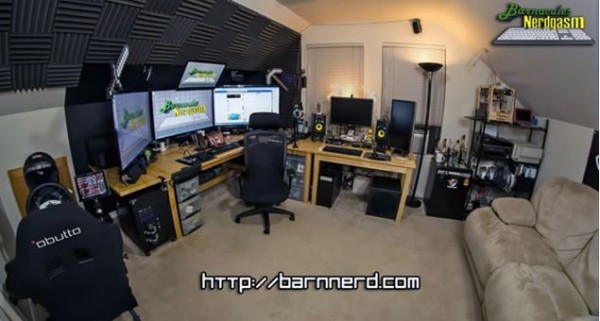 9. Three monitors for gaming on Dota 2