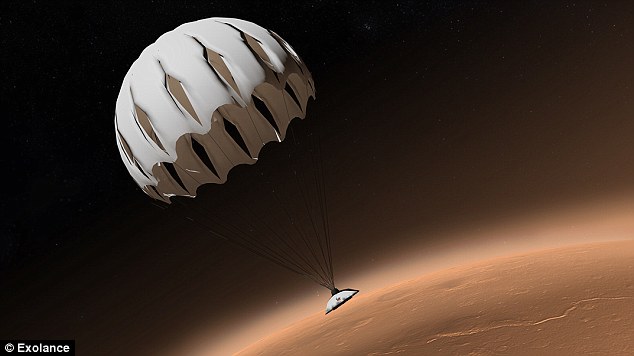 To date there is no proof of living organisms on Mars, but one group is working on hunting them down by firing military grade missiles packed with experimentation equipment into their planet. Explore Mars, a non-profit group based in Beverly Massachussets- has released the Exolance mission proposal. This mission would launch missiles at Mars. Explore Mars includes Gilbert Levin who led a 1976 NASA experiment involving the Viking Mars landers- which he believed to prove that there was life on Mars.

We know that the thin atmosphere and lack of oxygen make Mars’ surface a hostile place for life forms, but the inside of Mars may be more suited for life, we just haven’t been able to get a good look. The Exolance mission repurposes military missiles known as Arrowsto strike Mars’ surface and bury themselves five meters into the ground then utilize life detection methods to seek out living organisms.

The team intends to begin testing Arrows in the Mojave Desert in late 2014. They selected the Mojave because the ground is similar enough to Martian terrain to test their Arrows and the delivery system. After they confirm their equipment can penetrate the ground on Mars they will fine tune the microbial life detection processes. They are hoping to be ready for NASA’s 2016 Insight mission or ESA’s 2018 ExoMars mission.