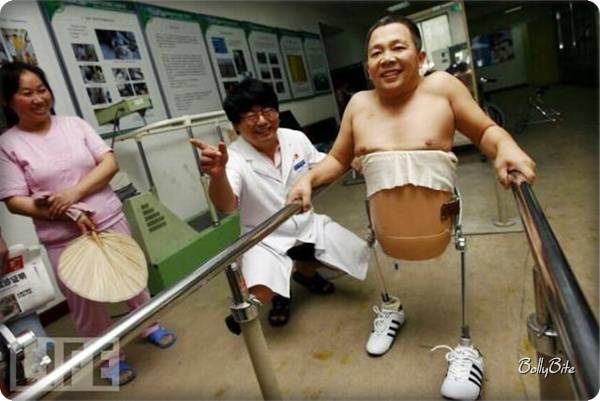 “Half Man – Half Price Store”

The Story of Peng Shuilin 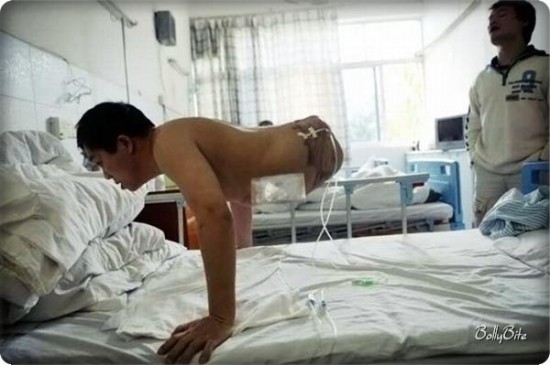 PENG Shuilin is 78cms high. He was born in Hunan Province , China . In 1995, in Shenzhen, a freight truck sliced his body in half. His lower body and legs were beyond repair. 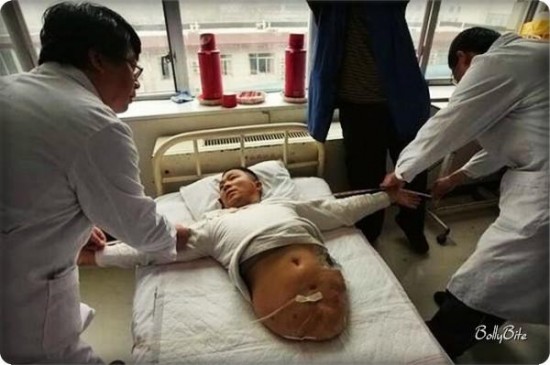 Surgeons sewed up his torso. Peng Shuilin, 37, spent nearly two years in hospital in Shenzhen, southern China , undergoing a series of operations to re-route nearly every major organ or system inside his body. Peng kept exercising his arms, building up strength, washing his face and brushing his teeth. 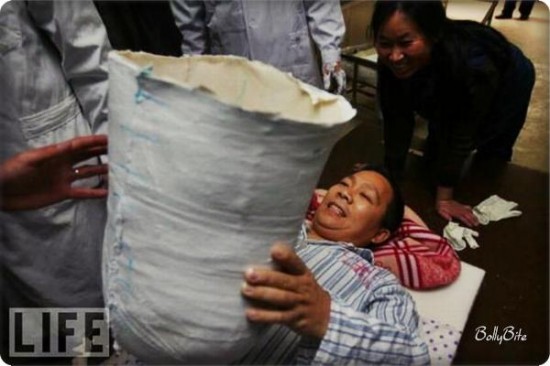 He survived against all odds. Now Peng Shulin has astounded doctors by learning to walk again after a decade. 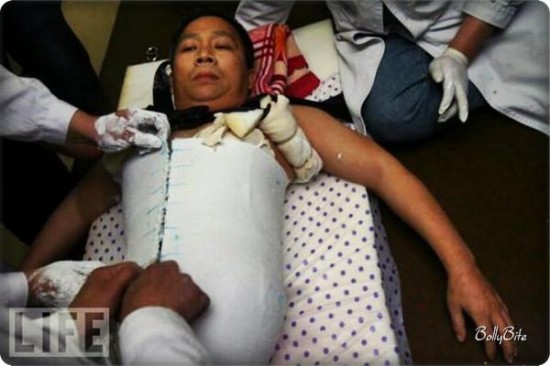 Considering Peng’s plight, doctors at the China Rehabilitation Research Centre in Beijing devised an ingenious way to allow him to walk on his own, creating a sophisticated egg cup-like casing to hold his body, with two bionic legs attached. 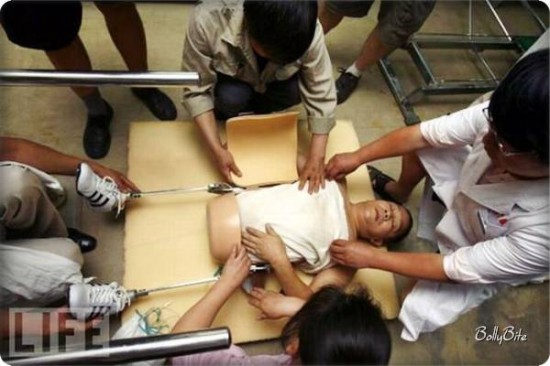 It took careful consideration, skilled measurement and technical expertise. Peng has been walking the corridors of Beijing Rehabilitation Centre with the aid of his specially adapted legs and a resized walking frame. 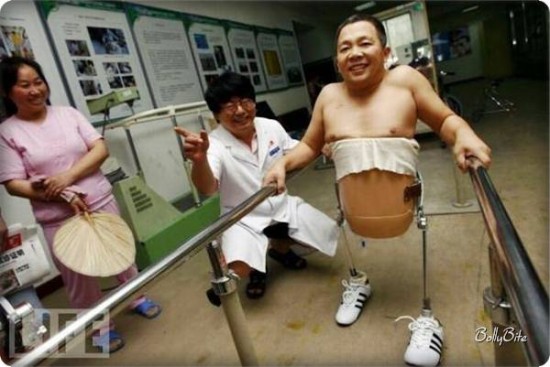 RGO is a recipicating gait orthosis, attached to a prosthetic socket bucket. There is a cable attached to both legs so when one goes forward, the other goes backwards. Rock to the side, add a bit of a twist and the leg without the weight on it advances, while the other one stays still, giving a highly inefficient way of ambulation. Oh so satisfying to ‘walk’ again after ten years with half a body! 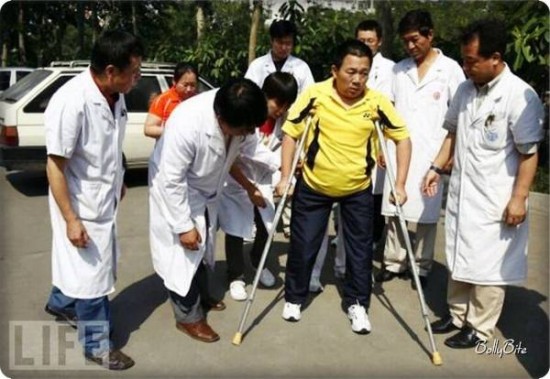 Hospital vice-president Lin Liu said: “We’ve just given him a checkup; he is fitter than most men his age.” Peng Shuilin has opened his own bargain supermarket, called the Half Man-Half Price Store. The inspirational 37-year-old has become a businessman and is used as a role model for other amputees. At just 2ft 7ins tall, he moves around in a wheelchair giving lectures on recovery from disability. His attitude is amazing, he doesn’t complain. “He had good care, but his secret is cheerfulness. Nothing ever gets him down.”

You have a whole body. You have feet. Now you have met a man who has no feet. His life is a feat of endurance, a triumph of the human spirit in overcoming extreme adversity. Next time you want to complain about something trivial, don’t. Remember Peng Shulin instead.

Top 10 Most Expensive US Military Planes