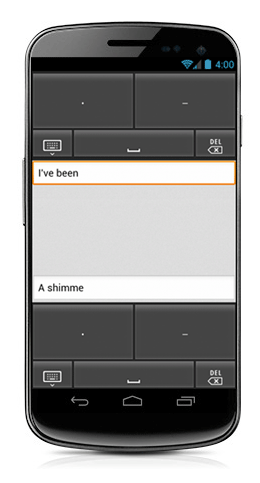 Back in 1874 the QWERTY keyboard was designed and we are still using it. The style changed but idea remained same. But now Google thought out of the box by bringing a new typing era. According to them, when its up to normal keyboard typing than its good, but when the same QWERTY typing comes to phone it gets a bit annoying since there you have to be very precise on tapping the buttons. Moreover you can’t write without looking on the screen of your phone. So Gmail Tap actually solves this problem. 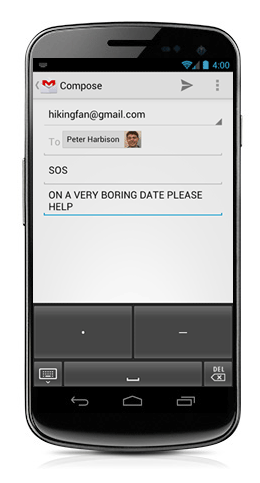 Its the time when there are only three keys present in your phone from which you can type at any time without looking at the phone. One key is used for space, one for dots and one for Alphabets. Additionally you can write two messages to two different peoples at the same time, thats the power of Gmail Tap, as its impossible even when you are speaking to two different persons at the same time. Right now Gmail has introduced this app for Android and iOS

Watch the video to check out the evolution of it. Gmail Tap is a totally a binary language that uses two characters i.e dots and dashes, making it easy to learn and produce. These are the patterns Gmail Tap introduced to us for Gmail Tap