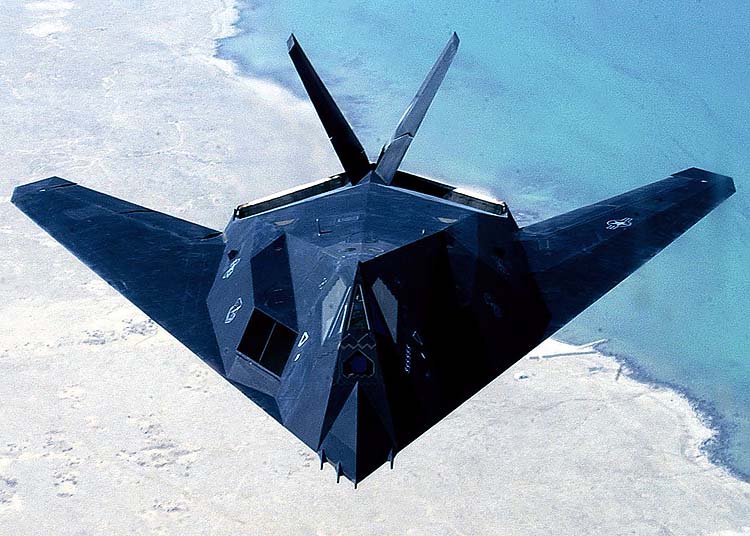 Founded to protect the US against “technological surprise”, the agency has achieved some spectacular successes – and failures – in its 50-year history. US Defense Advanced Research Projects Agency (DARPA) video showing its major achievements over its first 50 years (1958-2008), which include stealth and the origins of the Internet.

The internet: Precisely who ‘invented’ the mass of linked computer networks that is today’s internet is a moot point. But it wouldn’t have happened without the ARPANET network built by DARPA in the 1960s. The idea was to make a “self-healing” communications network that still worked when parts of it were destroyed. It was the first network to transmit data in discrete chunks, not constant streams, and led to the development of the TCP/IP specification still in use today.

GPS: We would be quite literally lost without today’s global positioning system (GPS). But long before the current NAVSTAR GPS satellites were launched, came a constellation of just five DARPA satellites called Transit. First operational in 1960, they gave US Navy ships hourly location fixes as accurate as 200 metres.

Speech translation: Although not yet available to consumers, handheld language translation devices developed with DARPA funding are already being used in Iraq. Although accuracy can be as low as 50%, the devices have met with favourable reviews from forces on the ground.

Stealth Planes: It’s probably the best example of DARPA fulfilling its remit to come up with “surprise” technologies – even the US Air Force was surprised by the idea. The first prototype, Have Blue, was tested in the late 1970s and became the precursor to F-117 Nighthawk stealth fighter.

Gallium Arsenide: One of DARPA’s lesser known accomplishments,semiconductor gallium arsenide received a push from a $600-million computer research program in the mid-1980s. Although more costly than silicon, the material has become central to wireless communications chips in everything from cellphones to satellites, thanks to its high electron mobility, which lets it work at higher frequencies.

Hafnium bombs: In an episode reminiscent of the Cold Fusion debacle, DARPA forked out $7 million in the 1990s for research into a bomb predicted to release huge gamma-ray bursts without creating any nuclear fallout.

The theory was that hitting a small amount of a radioactive isomer of the super-expensive metal hafnium with X-rays would release this torrent of energy. No proof this could happen was ever found.

The mechanical elephant: Frustrated by a lack of decent tarmac in the jungle, DARPA sought to create a “mechanical elephant” during the Vietnam war. Its vision of high-tech Hannibal’s piloting them through the forest never came true. It is alleged that when the director heard of the plan he scrapped the “damn fool” project immediately in the hope no one would hear about it.

Telepathic spies: One of the agency’s most infamous blunders was its 1970s psychic spy program, inspired by reports that the Soviets were researching the area. DARPA invested millions to see if telepaths and psychokinetics – who claim to move objects using thought alone – could carry out remote espionage. They couldn’t.

FutureMap: This program hoped to use a kind of terrorism futures market to predict key developments and even attacks. It was thought market valuations of possible future events could reflect the probability of their occurring. However, FutureMap was scrapped in 2003 after the notion of betting on terrorist atrocities was called “ridiculous and grotesque” by US politicians.

Orion: Set in motion shortly after DARPA was created, Project Orion aimed to drive an interplanetary spacecraft by periodically dropping nuclear bombs out of its rear end.

The entire craft was designed like a giant shock absorber with the back covered in thick shielding to protect human passengers. Concerns about nuclear fallout and the signing of the Partial Test Ban Treaty ended the project in the early 1960s.