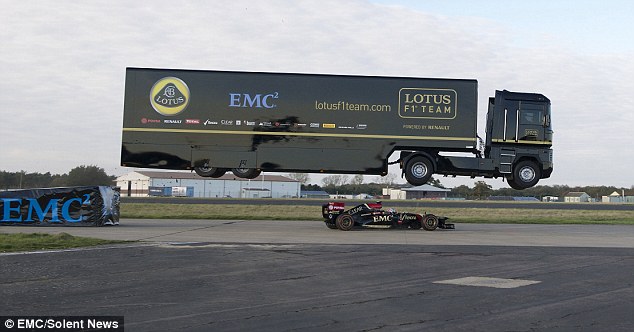 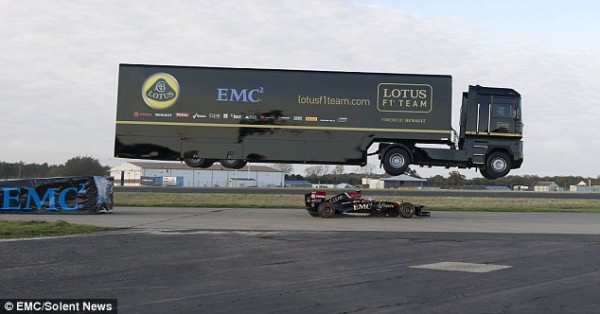 In a new Guinness world record-breaking stunt, a 16-tonne transporter truck jumped 83 feet over a speeding F1 car. In the amazing video, Mike Ryan, a Hollywood stuntman who has worked on the Fast and Furious, and Terminator 2 movie sets, hurtled towards a ramp at 70mph before clearing a Lotus race car, at the Bentwaters Park in Suffolk. The brave man that sits behind the wheel of the F1 car is Martin Ivanov, who has driven cars in both James Bond and Bourne films. 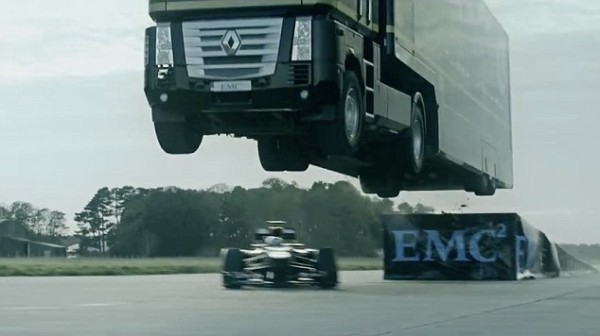 The jump was made as an advert for EMC Technology, who are technology partners with the Lotus F1 team. The chief marketing officer for EMC and Lotus F1 Jonathan Martin said, “The world record-breaking video has been far more successful than we could have ever imagined. We have been extremely fortunate to partner with Lotus F1 Team, a team that values innovation and new approaches to marketing.” 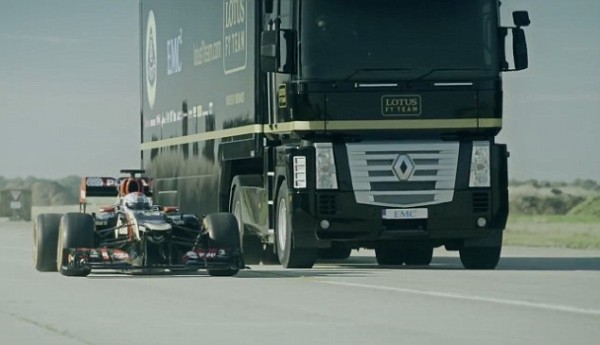 The distance from the ramp to where the truck touched down was measured by Guinness officials to be at 137ft and 7 inches.

At the beginning of the video, the truck and F1 car begun at the same time to race side-by-side until the truck speeded up on the ramp and jumped over the F1 car which made a swerve beneath it. 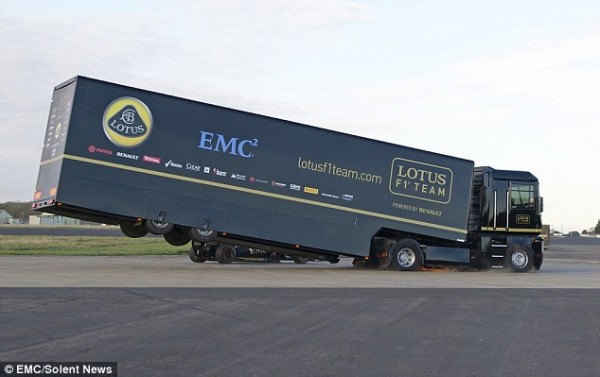 The truck landed, smashing down onto the ground as debris and smoke flew from the bottom and the car raced off safely into the distance. The height reached by the truck that was being driven by Mr. Ryan was also said to be a new world record, making the achievement even more impressive.

Check out the awesome world record-breaking video below.