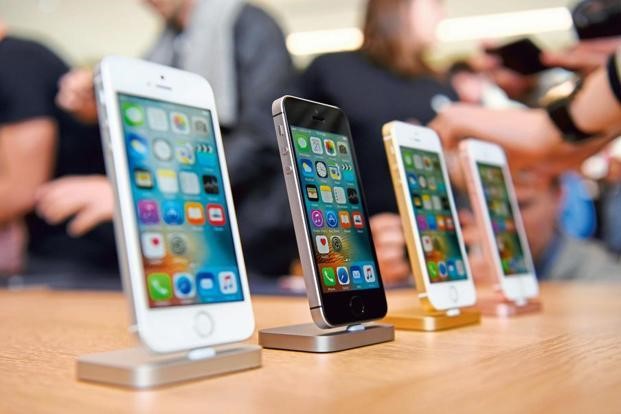 Over the last few years, the smartphone industry has competed on hardware and as well as on price. Let’s discuss the emerging smartphone technologies.

Technology that will shape Visual effects of cell phone

Cell phone users spend a lot of time on phone’s screen, but the on appearance and as well as o visual effects nothing has done over the last few years. Let’s discuss the technologies that will change in future.

Present day smartphones are not able to display the image of car lamps or light.

The minimum range of (LDR) display is the bad sense of reality. HDR will be a major breakthrough in displaying the technology. It will give users a real image and you will feel a real way of sun light reflecting in the display.

The JDI has created an LCD display module with HDR support.

The modern cell phones screen broke down when you have to drop your phone on the hard floor and you have no way out but to change the phone screen or repair it in another way.

The Apple is using the antenna lines over the years since they have launched the iPhone 4. No matter these do not seem fascinating but provide a user signals the otherwise all-metal casing of a phone.

In present times, the emergence of smartphone technologies has come up with the plans to remove these antennas from the cell phone; to make it looks fascinating and attractive to the user.

The cell phone devices are android and IOS usually got sensors on the side of the camera in a tiny shape. It has become the factor of decreasing the visual appeal of the smartphone.

It basically captures in real time when taking the selfies. Modern technology is going to hide these tiny sensors from the selfie camera to bring more attraction in the upcoming cell phones.

The photography through the smartphone is quite better at the moment, but with the emergence of smartphone technology, it is going to be more advanced.

The contemporary cell phones are still not up to the mark and lacking with the number of things such as fixed focal length, night photography is not as good we expect and to zoom in and zoom out.

The modern cell phones are rich of features, but when it comes to the usage of the cell phone, its battery start declining and we have to recharge the phone within few hours.

Yeah, it is quite reasonable to charge a phone within a couple of hours these days,

but it is still a real problem for the users to charge the cell phone battery within a minutes.

The new upcoming faster chargers will come up with at least 20 watts.

The cell phones will be chargeable half of the battery within 20 minutes or less.

The pressure sensitive screens were fixed in android cell phones a couple of years ago,

but a majority of the cases apps have not added on pressure-based interaction.

If you really want to take advantages 3D touch support for both applications and the operating system.

The upcoming devices interaction will be up to the mark and user will have real-life experience view in the display of the cell phones.

The emerging technologies for smartphones

The upcoming cell phones will be based on virtual reality and will have the head-mounted display.

The VR technology will surely express the fascinating experience for the users.

Either the computing pace or the graphics acceleration is not supported a high-quality VR experience. The latest phones will be integrated with Virtual reality technology in the upcoming cell phones.

Flexible screen cell phones have already come up in the market, but the phone with the foldable screen has yet to come. The upcoming cell phones will have foldable feature.

Smartphone with medical facilities & others

Vapor case has introduced a phone that you can smoke; a phone has an advantage of cell phone and e-cigarette and helps you to leave the bad habit of smoking.

The emerging smartphone technologies is continuously changing the experience of cell phone and the is about to come when smartphone will become a tech-wizard.

Edo Wonderland- A Must Visit In Japan

Top 10 Unusual Bridges Of The World

Dad Gets Tattoo That Matches His Daughter’s Cochlear Implants