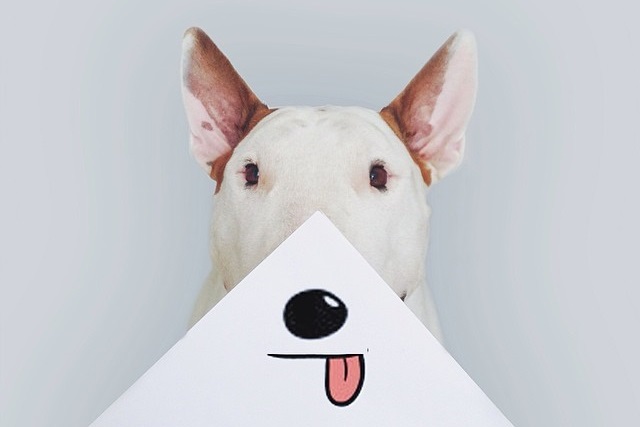 A Brazilian and his canine friend got to work with taking pictures of the dog posing for  hilarious illustrations. The illustrator named Rafael Mantesso explains that when he and his ex-wife became divorced, she took all the furniture that was in the house, leaving nothing behind but white walls and an empty house. He was also left with no no else to talk to, other than his bull terrier named Jimmy Choo.

After quitting sometime ago, Mantesso decided that he was going to start painting and drawing again. That time he began receiving help from his buddy Jimmy who lent him a paw by posing for some silly but cute illustrations.He explains that he was able to do this by first asking Jimmy to strike a pose. Afterwards, he would simply command Jimmy to “stay” to capture the illustrations.

“Although it’s really messy when I’m photographing him, he obeys me,” Mantesso said.

“I think they are an amazing breed – behavior, personality, the love they demonstrate to their owner, and especially their aesthetics. He is definitely my best friend and companion. I hate it when people turn away or cross the street for fear of him – people think bull terriers and pit bull dogs are murderers and bloodthirsty.” he added.

Check out the captured images below. 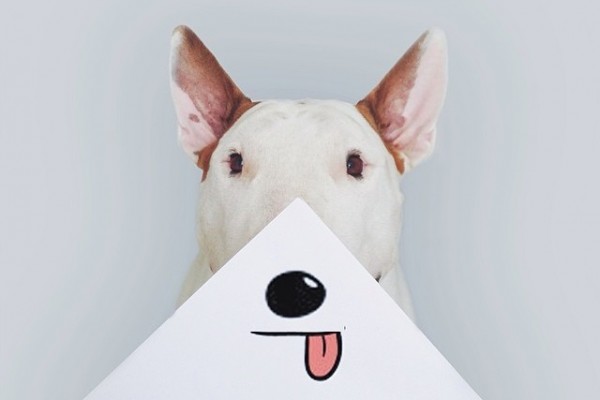 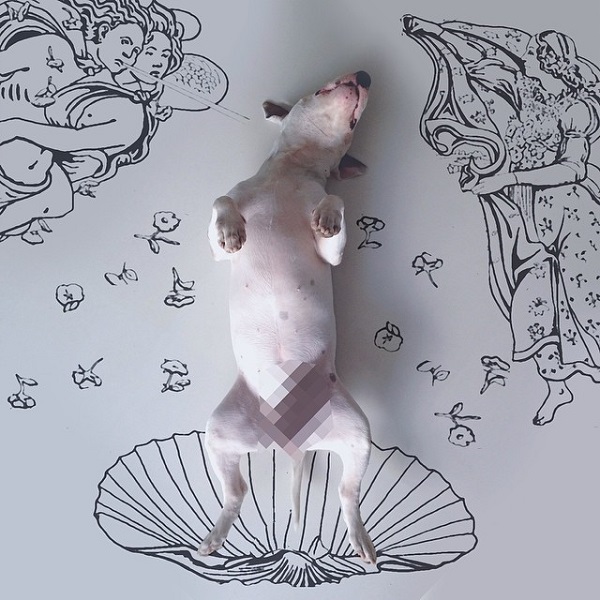 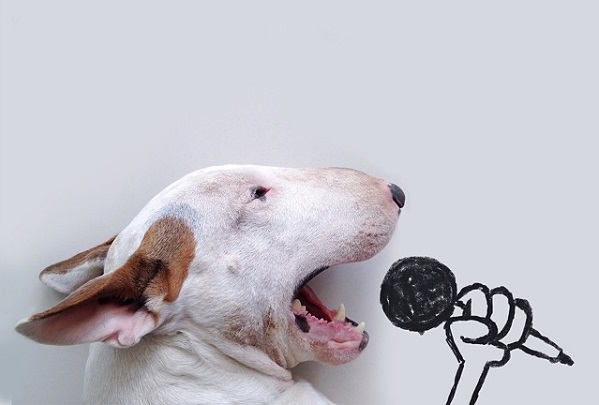 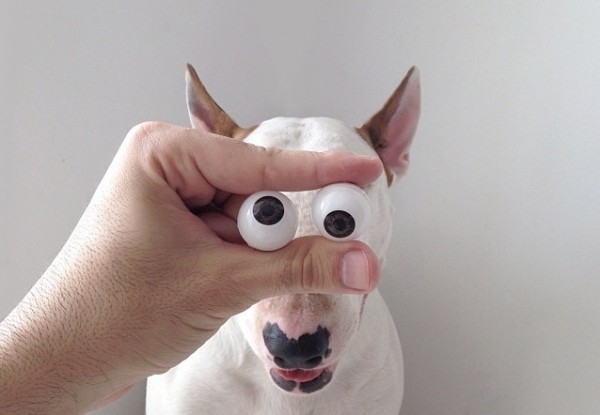 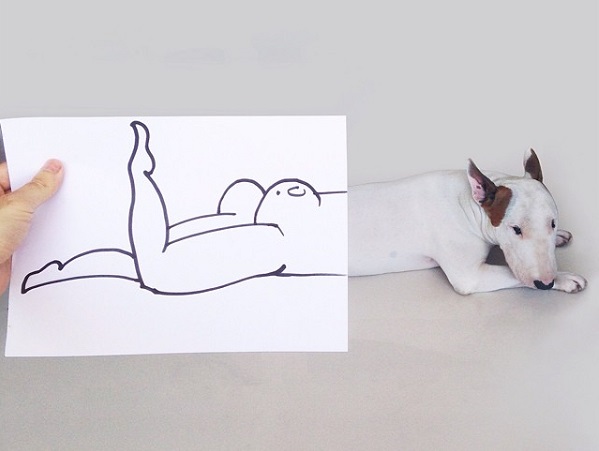 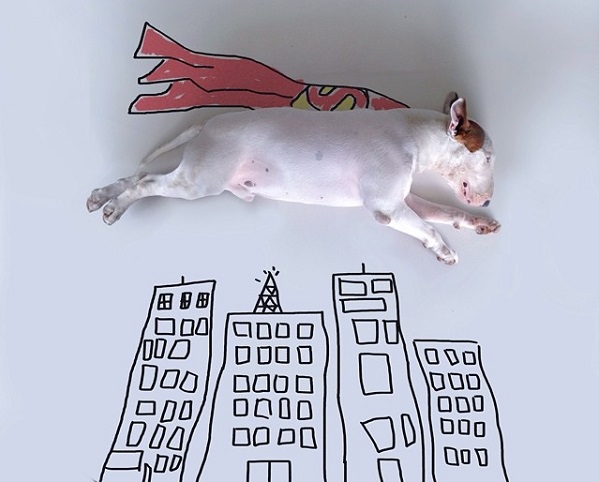