No 10. How Sewing Bobbin Works Works 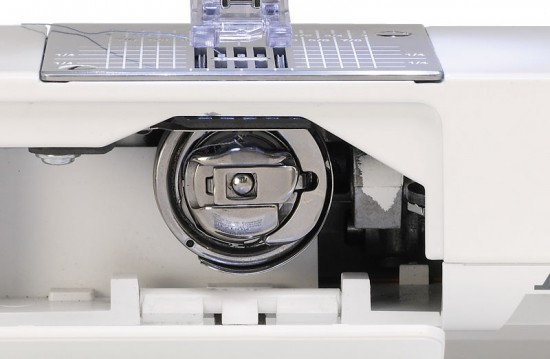 I have always wondered how a bobbin works when I was young. And when I’m getting older, this bobbin has gone totally out of my mind. But after I have stumbled upon these animations and videos, this thing has shred some light on.

Just look at the graphic, that is really amazing. Whoever invented it at that time is really genius. This machine work with the perfect timing. The connection is really perfect

Video below shows step by step instruction on how to wind a bobbin Right Every Time.

No 9. How Steam Engine Works 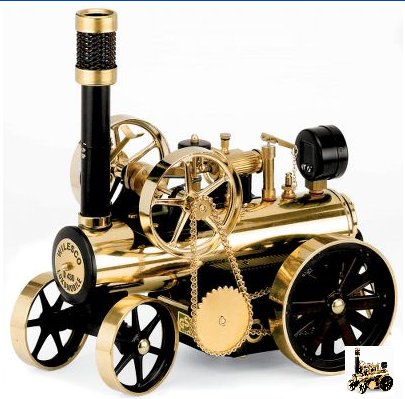 The most important part of a steam engine is the steam boilers, or what they are more commonly called, the steam generators. The motor unit of a steam engine is referred to as the ‘steam engine’. The basic requirement for the steam engine is the boiling of the water and the boiling process is attained by burning combustible materials. For example, the basic combustible materials, like coal, was used in many old steam engines. Nowadays, even nuclear energy and geothermal energy sources are utilized for the boiling of water. The enclosed chamber, where the boiling process occurs, is supplied with air so as to support the combustion of the fuel that is being used. The chamber is called as the combustion chamber or firebox. More precisely, the the term boiler or steam generators is used to refer the pressure vessels, that are used to boil the water. The term boilers, was more frequently used in the earlier times, but today it is more popularly known as the steam generators. Generally, there are two type of boilers, the fire-tube boilers and water-tube boilers.

It is indeed surprising to know how do steam engines work and especially how they convert one form of the energy into other. The basic principle of conversion of heat energy into mechanical work has been craftily employed in the working of steam engines.

The video below shows a simple steam engine designed in solidworks, the time of exhaustion is not perfect, but it gives an ideia of how it works

No 8. How Radial Engines Works

The radial engine idea is very simple — it takes the pistons and arranges them in a circle around the crankshaft, as shown here:

You can see in the illustration that this is a five-cylinder engine — radial engines typically have anywhere from three to nine cylinders. The radial engine has the same sort of pistons, valves and spark plugs that any four-stroke engine has. The big difference is in the crankshaft.

Instead of the long shaft that’s used in a multi-cylinder car engine, there is a single hub — all of the piston’s connecting rods connect to this hub. One rod is fixed, and it is generally known as the master rod. The others are called articulating rods. They mount on pins that allow them to rotate as the crankshaft and the pistons move.

Below if the video showing How a Radial Engine Works, Radial Engine’s are mostly used for Airplanes. Radial engine in video below is based on the Pratt & Whitney Twin Wasp

No 7. How Maltese Cross Mechanism Works

Animated 3D model of an intermittent action tangent drive commonly called a Geneva Action or Maltese Cross Action. Sometimes used in movie cameras and projectors to advance film one frame. Originally drawn with AutoCAD R14 then rendered and animated in 3D Studio MAX 2 this animation has been updated in 3D Studio MAX 9