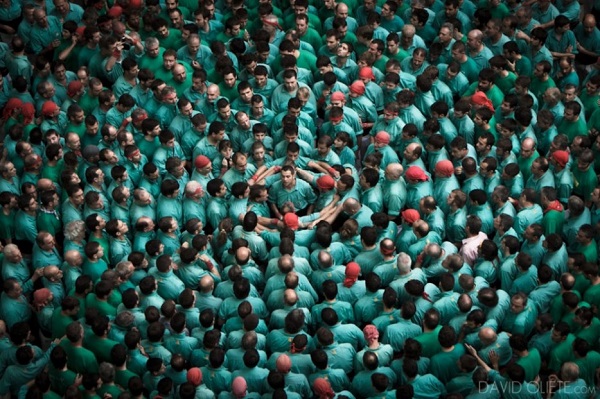 Every two years, the city of Tarragona in Catalonia, Spain gathers to either experience or participate in the Concur de Castells which is otherwise known as the human tower competition. Hundreds of men, women and children forming teams that compete against each other to try to build their best sculptures made up of their own human bodies. As they climb up to 10 levels high in the air, the young light members are placed at the top of the tower, while heavier members form the base. 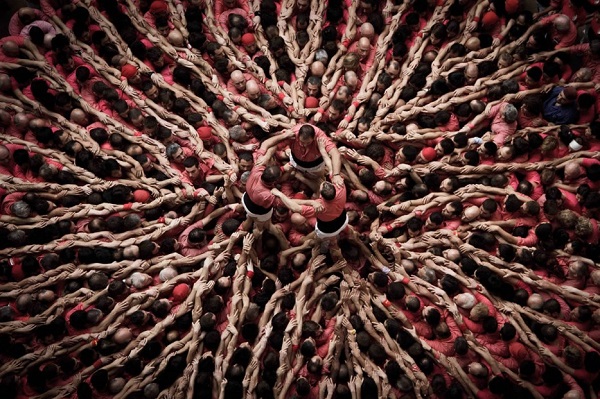 The contestants otherwise called “castellers” aim to form a tower that is six to ten humans high, and the taller and more elaborate the tower, the more points their team gets. 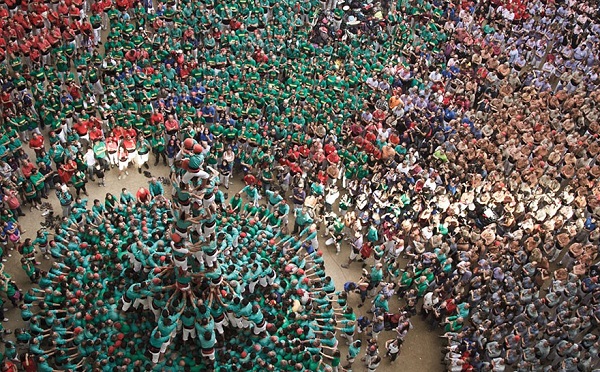 After the team has completed the tower, the child or member who is placed at the peak of the tower must raise four fingers, a symbol of the Catalan flag, as a signal. 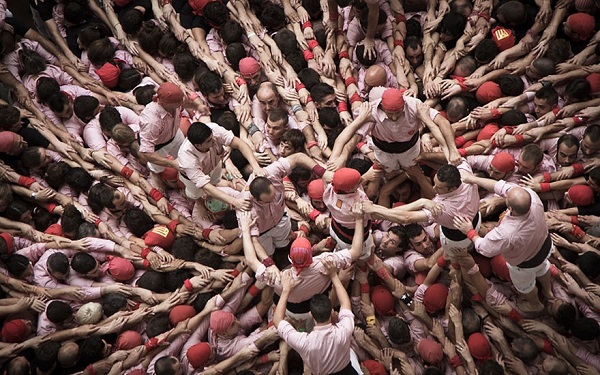 Spanish Photographer David Oliete was able to capture moments of the festival from a breathtaking aerial position, as he snapped pictures of the towers as the competitors piled on top of each other in chaotic yet impressively organized ways. 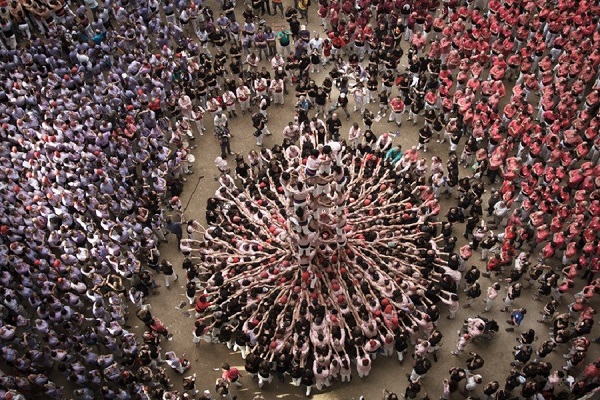 As the participants showcase their determination and shared comradeship, there is an unexpected visual feast of patterns and colours from an aerial perspective. 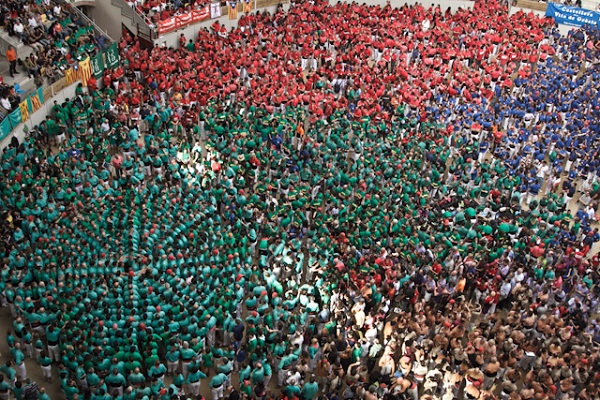 The “castells” have been one of the most popular cultural traditions in Catalonia for more than 200 years. Their motto states, “Strength, balance, courage and common sense.” In 2010, the castells was declared by UNESCO to be amongst the “Masterpieces of the Oral and Intangible Heritage of Humanity.” 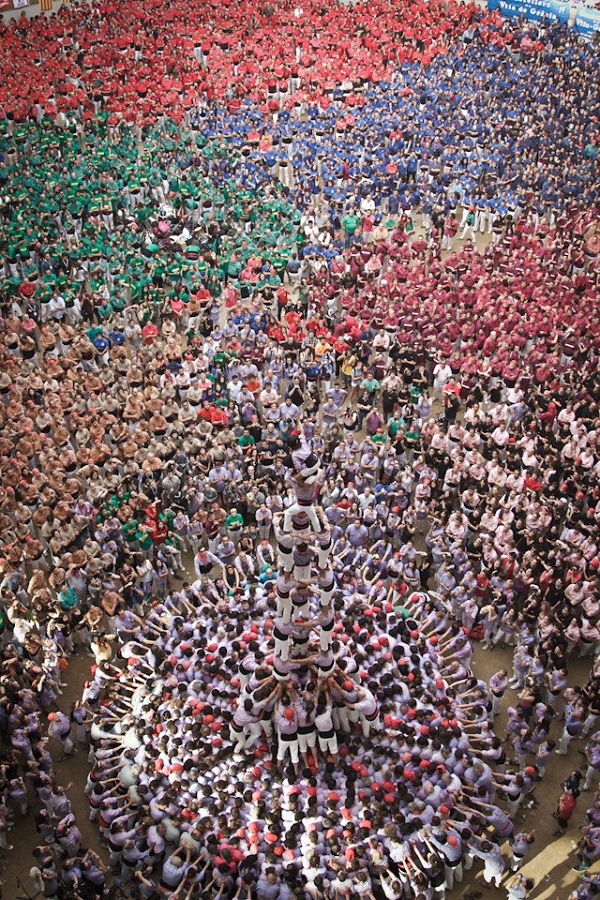 See more of the breathtaking photographs by David Oilete on his website.

103 Biggest Engineering Fails- These Engineers or Workers Should Resign