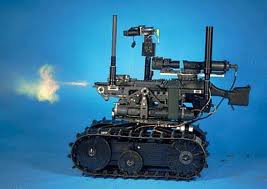 When I first heard about “killer robots” I was pretty sure this was a hoax. But I quickly realized that this was serious  – and scary – stuff. As much as this seems like the beginning of an apocalyptic blockbuster, a quick Google search will reveal the truth. This is Real Life®. Get ready for the future, folks. Robot Assassins are coming to a war near you. 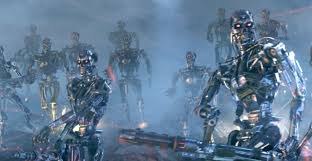 What we are talking about here are Lethal Autonomous Robots (LARs) –  highly sophisticated robots that can select and kill targets without a human being involved in the process at all. These machines may sound like science fiction, but it is now believed that the technology to  create such killer robots will be perfected in the near future.

The debate over killer robots keeps a distance from ‘Skynet‘ style sci-fi themes of global takeovers and robotic cataclysms, but there is still a nightmarish quality to technology’s capabilities. Is it a good idea to let machines make decisions about the life and death of humans? Will letting robots kill combatants also result in many innocent civilian deaths? The dilemma is further explained by Jarmo Sareva:

“[t]he emergence of autonomous weapons calls into question the adequacy of measures to implement the rules of armed conflict that apply to the use of all weapon systems. The purpose of these rules is clear. The major imperative is to protect civilians from unacceptable harm. There must also be adequate human accountability at all times. Yet, one key question posed by autonomous weapons is how can accountability be maintained when humans are no longer involved in the final decision?” 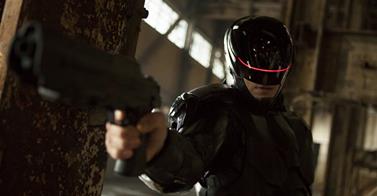 Obviously the biggest problem involves the manner in which these robots will “think.” It seems impossible to guarantee that a computer program will flawlessly make judgments with complex moral, logical, ethical, and tactical ramifications. The programmers designing the “brain” would also have to be scrutinized thoroughly. The slightest technological malfeasance could mean devastating tragedy. Accountability is also a major issue. If a robot murders a human, who goes to jail?
The topic of Lethal Autonomous Robotics (LARs) was first introduced to the UN Human Rights Council in May 2013 by Professor Christof Heyns, a Special Rapporteur for the High Commissioner for Human Rights. Twenty states joined the presentation to voice their concerns. Since then, the Campaign to Stop Killer Robots has stepped up to lead the resistance. This campaign is led by brave members of UN bodies who love nothing more than to rage against the machines. Their main goal is spreading awareness to influence a worldwide ban on LAR technology.

Autonomous mechanical murderers were far from my mind when I was imagining potential threats to the safety and success of mankind, but luckily our nations’ representatives have broader foresight. My eyes have been opened by this new reason to look under my bed every night. Until global legislation is passed, killer robots remain a threat to humanity.
You can join the campaign to stop killer robots here.
previous post