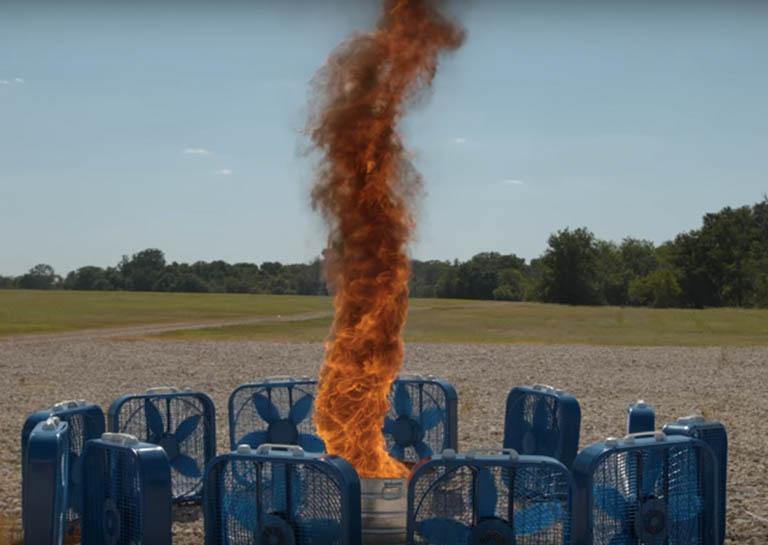 While it is nothing that your mom or dad would approve, manipulating fire is loads of fun. The pleasure is even doubled when you capture the moments on film and roll it back in slow motion. The movement of the flames is simply mesmerizing as you see them move throughout the body of the inferno that takes on a form of its own. When strong winds are integrated in the action, things get even more wild as the wind takes its untamed form to a larger scale, that is why forest fires for example cause more destruction when strong winds are also astir. Sometimes air currents can create a small pocket of rotating air and as it takes the flame with it, a type of fire tornado is assimilated. Somewhat sounds scary, but cool, right? 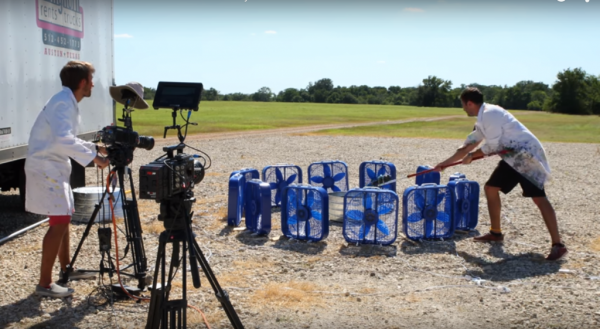 Slow Mo Guys, a duo that have actually made a successful career out of filming and slowing down cool experiments to give us a closer and more detailed look at all of the parts in motion, was able to fill us in on their “fire manipulating” venture. In this latest project that was filmed, a fire was surrounded by box fans that were all turned on at the same time, with the same speed. A type of circular vortex ablaze was created and as it gained momentum, it grew bigger. 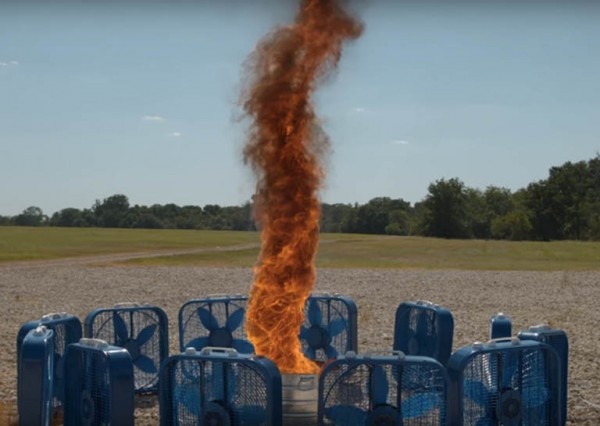 So, when vegetation is being burned by forest fires and carbon-rich gases are released into the air, then sucked up by pockets of air folded into the flames; this is what occurs. Once the gases reach the middle where the oxygen is gathered, the gases of the fire is further ignited and it then creates a cylinder form resembling a fiery tornado. The procedure by the Slow Mo Guys is, as you can see, much more controlled.

Check out the video of the experiment by Slow Mo Guys below.

6 Smart Ideas That Guarantee The Security Of Your Belongings

10 Ways To Prank Your Dog On April Fool’s Day