Korean Films – Over the years, their popularity grew as many Nationalities from around the world had  already learned to appreciate how to appreciate them .

So here we decided to show you a list of 5 Korean Films that you should watch – at least in your lifetime. Although after watching these, we are certain that you will consider adding some more!

Let’s go ahead and get started  ( in random order)

A story of two brothers who were forcibly enlisted to the South Korean Army during the outbreak of Korean war. Lee Jin Tae the older brother of Lee Jin-seok worked as a shoe maker, making all ends meet to support his family and send his brother to school. He was about to marry the love of his life until one day, everything changed. The war changed everything  except his love for his family and  more importantly being the protective brother that he was . Until when can he protect his younger brother? What else can he sacrifice to  reunite with his family? How strong is the bond that that they have as brothers to survive the war?  This is not your ordinary war film story.

A Moment To Remember

Up to how much can you sacrifice to prove your love to someone?
Two people who belonged to two different social statuses promised that they will continue to love each other no matter what life will give them. This was tested when one day, the wife – Kim Su-jin was diagnosed with Alzheimer’s disease. Will this be the end of it? What will Choi Chul-soo do to make his wife remember the love that she has for him? Check this Korean Film story that will make us believe in the depth of true love and the magic that it can do.

Miracle in Cell No. 7 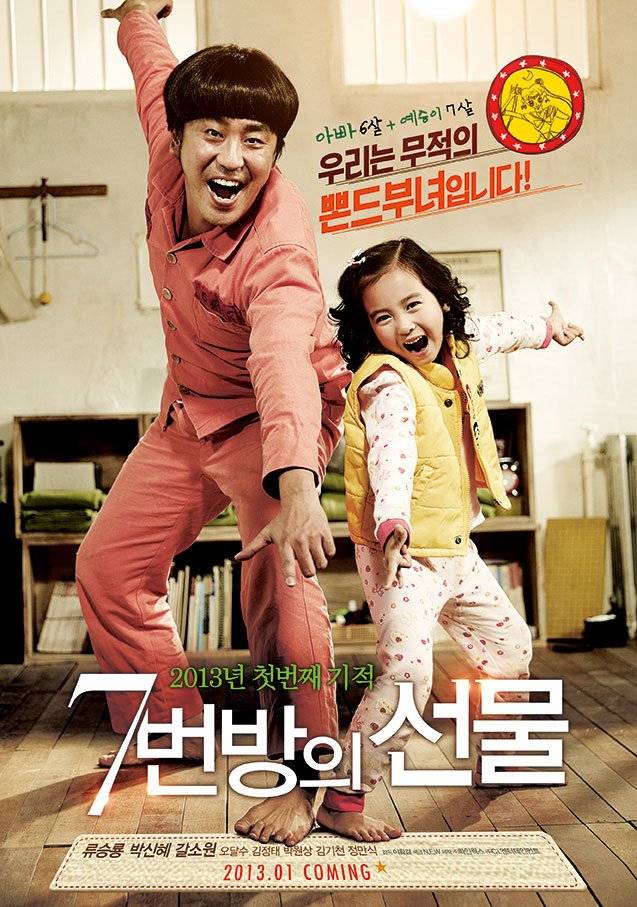 Lee Yong-go is a mentally impaired father to a very  smart daughter Ye-seung. They both lived happily together until fate took its toll.  What will   Lee Yong -go do to express his love to his daughter amidst life’s challenges? Will fate continue to set them apart?  A story that will teach us that a father’s love knows no bounds. Miracle in Cell No. 7 is must watch Korean Film especially for the whole family.

A true  story of Unit 684 – a group that was composed of social outcasts awaiting for  their death sentences and life imprisonment. To regain their freedom and be sent back to the society, they had to undergo a rigorous training in Silmido Island where they will be prepared for their mission –  Kill the North Korean Leader Kim II Sung. However,  shortly before they were set to depart, the mission was called off as South Korea has already signed a Peace agreement with the North Korea.

But what’s next for for Unit 684? Are there still any hopes of regaining their freedom?

Silmido is a story of resilience and of bravery.

We all know that Zombie films were a hit for the past few years. But what’s the difference between this movie and  the rest of the other Zombie movies out there? Aside from the fact this watching this film will really give you a thrilling experience and something that will stop you from going elsewhere other that your seats, this movie has an added ‘humanly’  story that will make you emotional at some point in the film. So yes, be ready to weep in a Zombie film because why not?