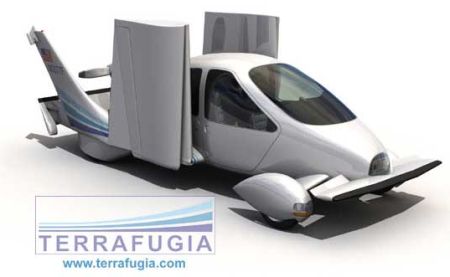 It’s a two-seater. Front-wheel-drive. Gets about 30 mpg on the highway. But give it a third of a mile of straight asphalt in front of it, and it really flies.

Of course, you have to unfold the wings first.

The Federal Aviation Administration has just removed a major hurdle from the path of a vehicle that may well be the first commercially viable flying car. The agency has agreed to classify the Terrafugia Transition as a Light Sport Aircraft, even though the vehicle is 120 pounds too heavy to qualify for that class.

The move is crucial to the Transition’s chances in the marketplace, because buyers need only 20 hours of flight time (just five of it solo) to qualify for a license to fly a Light Sport Aircraft. Had the agency insisted the Transition was a larger plane, those interested in the flying car would have needed more than double the training time, medical certification, night-time training and more, in order to qualify to fly it. The lower the bar is for potential buyers, the more realistic the Transition becomes for many.

Terrafugia insists the Transition is not a “flying car,” but rather a “roadable aircraft.” The company’s website says the vehicle “is not designed to replace anyone’s car.” It can, however, reach highway speeds on the ground, and fit in a standard parking space and garage. And, though the National Highway Traffic Safety Administration hasn’t gotten its hands on the Transition yet, it is designed to meet federal auto safety standards. That FAA exemption, in fact, was needed because of the weight of the crumple zones, airbags and other safety systems needed to make the Transition street legal as a car.

It has a flying range of over 400 miles, and in the air, can reach 115 mph. The Transition is designed to land at small civil airports — and the company says that most Americans live within a 30-mile drive of a civil airport. So while it might not yet be possible to get stuck in traffic and decide to fly to work instead, the Transition could be a realistic road-trip alternative for some people. 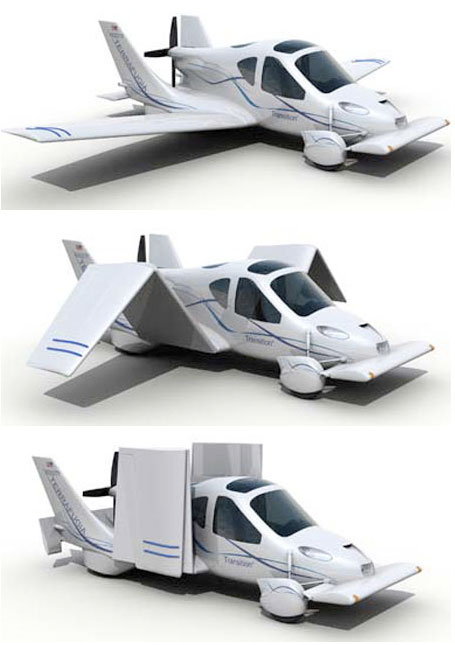 Interested? You’ll need to set down a $10,000 deposit to reserve your George Jetson-mobile today. And then you’ll need to start saving. The final price is estimated at $194,000, though it’s subject to change.