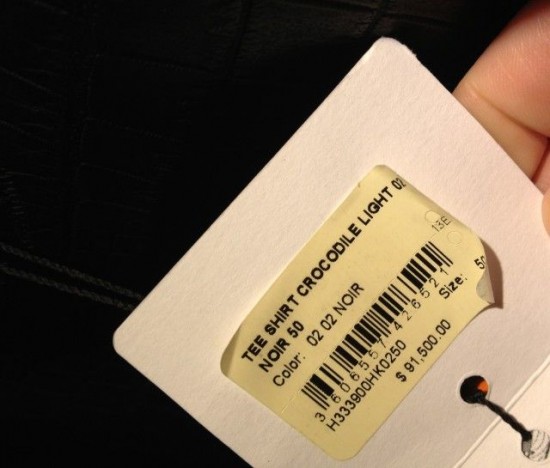 Wear the wildest skin with the wildest price tag! That’s right – the all new Hermes Crocodile T-Shirt costs $91,500. The French luxury goods manufacturer Hermes planned to launch their “crocodile chiffon” collection in spring this year but it was recently spotted in the company’s New York Store. The quality of the shirt is as impressive as the price. It’s made of lightweight crocodile skin. Everybody was expecting it to be a little bit more expensive than a high class shirt available in market, but Hermes put astonishing price tag of $91,500 (which is more than enough to buy a few cars with this amount). Despite the store’s no-photo policy, a few bloggers managed to snap a shot of the label as evidence, so now we have a solid proof.

Company has claimed that the technology behind making of this expensive shirt makes it super light and less sticky even in hot summers. This single crocodile shirt is just the beginning of croc hunt, as the Hermes has confirmed a whole new variety of crocodile chiffon shirts, which will be priced between $60,000 and $100,000. Though it’s still amusing for some people, and that’s why they would spend thousands of bucks for a shirt, but PETA (an animals rights organization) has taken strict notice against this action. Lets us know your thoughts in comments below. 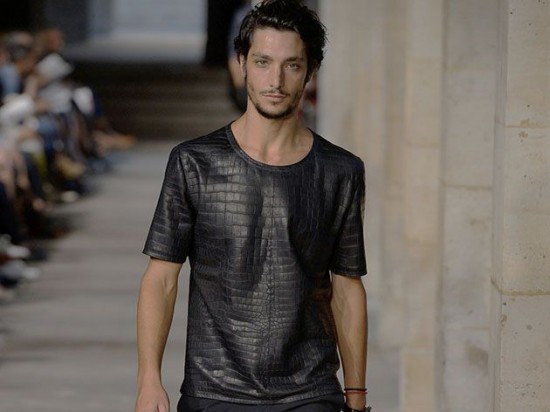