Since computers came into our lives, we really didn’t ask questions about how they got here or the process of naming the keys and symbols. But aren’t you curious about where the names and symbols came from?

Back in the 1940s, WWII engineers used the binary system to label individual power buttons, toggles and rotary switches: a 1 meant “on,” and a 0 meant off. In 1973, the International Electrotechnical Commission vaguely codified a broken circle with a line inside it as “standby power state,” and sticks to that story even now. The Institute of Electrical and Electronics Engineers, however, decided that was too vague, and altered the definition to simply mean power. 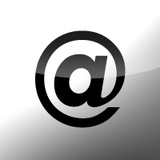 It has been known by many names: the snail (France and Italy), the little mouse (China), the monkey’s tail (Germany). In 1971, a Bolt, Beranek & Newman programmer Raymond Tomlinson decided to insert the symbol between computer network addresses to separate the user from the terminal. Prior to Tomlinson’s use, the @ also graced the keyboard of the American Underwood in 1885 as an accounting shorthand symbol meaning “at the rate of.” Some also suggest that @ has its origins in the sixth century, when monks adopted it as a better way of wirting the word ad-Latin for “at” or “toward”-that was not so easily confused with AD, the designation for Anno Domini, or the the years after the death of Christ. 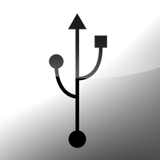 Created as part of the USB 1.0 spec, the USB icon was drawn to resemble Neptune’s Trident, the mighty Dreizack. In lieu of the pointed triangles at the tip of the three-pronged spear, the USB Promoters decided to alter the shapes to a triangle, square and circle. This was done to signify all the different peripherals that could be attached using the standard. 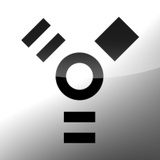 Back in 1995, a small group at Apple, the main developer of FireWire, set about designing a symbol that could accurately reflect the new technology they were working on. Originally intended as serial alternative to SCSI, FireWire’s main allure was that it promised high-speed connectivity for digital audio and video equipment. So designers opted for a symbol with three prongs, representing video, audio and data. Initially, the symbol was red, but was later altered to yellow for unknown reasons. 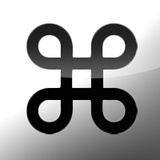 While working with other team members to translate menu commands directly to the keyboard, Hertzfeld and his team decided to add a special function key. The idea was simple: When pressed in combination with other keys, this “Apple key” would select the corresponding menu command. Jobs hated it-or more precisely the symbol used to represent the button-which was yet another picture of the Apple logo. Hertzfeld recalls his reaction: “There are too many Apples on the screen! It’s ridiculous! We’re taking the Apple logo in vain!” A hasty redesign followed, in which bitmap artist Susan Kare poured through in international symbol dictionary and settled on one floral symbol that in Sweden, indicated a noteworthy attraction in a campground. Alternately known as the Gorgon loop, the splat, the infinite loop, and, in the Unicode standard, a “place of interest sign,” the command symbol has remained a mainstay on Apple keyboards to this day. 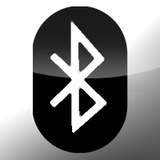 The Bluetooth symbol is actually a combination of the two runes that represent Harald’s initials. It just so happens the first Bluetooth receptor also had a “teeth-like” shape, and was-you guessed it-blue. But the symbolic interplay doesn’t end there. As the Bluetooth SIG notes, Bl??tand “was instrumental in uniting warring factions in parts of what are now Norway, Sweden, and Denmark – just as Bluetooth technology is designed to allow collaboration between differing industries such as the computing, mobile phone, and automotive markets.”

Human Vision and What We Cannot See