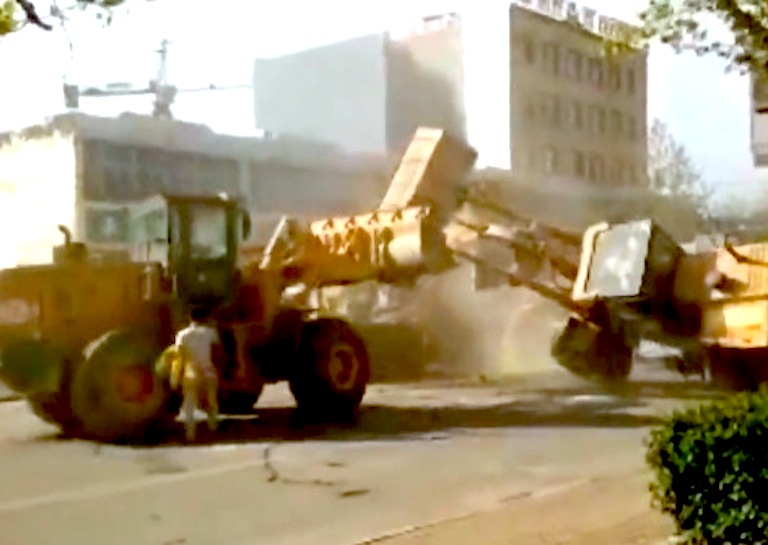 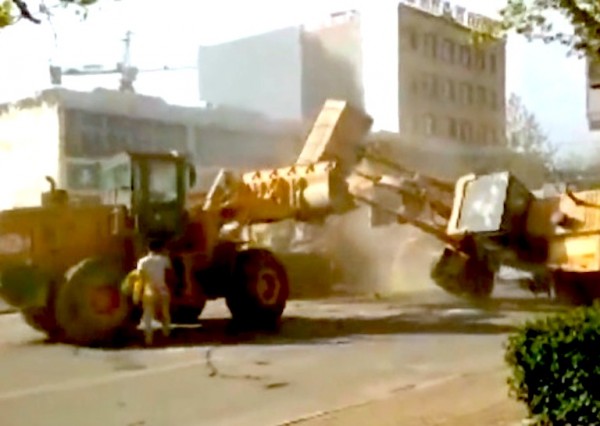 Arguments between co-workers happen everyday. If they turn out into a demolition derby style fight between multiple bulldozers, then that is something we do not see everyday. A report from police in China shared that a fight between construction workers resulted in a head to head brawl between several heavy machines. The end of the dangerous event ended with one of the dozers being flipped and a few others destroyed. With the event recorded and published on Youtube, you can see how everything went down.

This got intense fast when a fight broke out between two companies competing for business on the job site. While there was not much information released about the incident, there is the video and a short report that was shared by the police in the video to tell everything.

So, the next time you get upset with you co-worker and happen to have access to a bulldozer, just think about this video and how things turned out in the demolition derby dozer fight in the video.

Small Expandable Camper Able To Extend To 3X Its Size!

Self Illustrating Cartoons That Give Satirical Answers

Watch: this tiger chases a kid wearing a tiger costume…