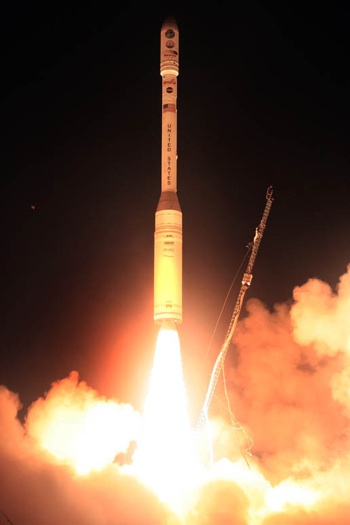 The Hubble Space telescope was deployed on April 25, 1990. The mission was a serial mission conglomerate of 5 servicing and upgrading the telescope’s scientific instruments and operational systems. The main purpose of the Hubble Telescope was to provide clear pictures of the Universe without climatic and atmospheric interference. It for the first time provided the most detailed images of the distant heavenly bodies of the Universe.

During past few years old instruments were exchanged with new ones both avoiding the servicing and up gradation. The lack of necessary actions caused the failure of its many parts and power supplies. In August 2004 the power system of the Space Telescope Imaging Spectrograph failed, rendering the machine inoperable. Similarly many parts of main camera failed during the year 2007. Only the Solar Blind Channel was operable using side-1 electronics.

The genesis was deployed to collect the pieces of Sun, planets and comets that broke out from them. The purpose of this collection was to investigate the formation of the Universe as many scientists believe that the solar system was formed when a cloud of gas and dust from previous generations of star collapsed some about 4 billion years ago. The thing that most of the scientists could not figure out exactly was the reason and understanding, how actually this Universe was created. It still remains a mystery for all the scientist of the world. In order to collect the broken pieces of heavenly bodies for experimentation, discovering new things and solving the mystery, they developed a spacecraft named Genesis which was supposed to provide clues regarding the composition of the planets. The mission was not a perfect success as they did not make the Genesis land intact, it crashed in the Utah desert luckily they managed to collect some of the samples.

The Space-Based Infrared System-High (SBIRS-High) program will consist of high-orbiting infrared satellites designed to detect and track ballistic missiles of all sizes. Once operational, SBIRS-High will function 24 hours per day, 365 days per year, and in all types of weather. It will replace the current Defense Support Program (DSP) satellites, which have provided early missile warning information for more than 30 years. Despite all these facts the NASA forget to maintain a good safety system and ignored the fact that it will not work, the satellite broke out immediately after it was put to earth’s orbit and consequently malfunctioning its safety mechanism. The U.S. government was made to bear a loss of 10 billion dollars.

Mars Polar Lander was launched in the year 1998 with a nominal power output of 200 W. The name of the mission was “The Mars Surveyor ‘98” which was composed of two spacecraft launched separately. The two missions was designed particularly for the study of climatic and weather changes taking place at the Mars in order to study the life survival or to investigate the suitable weather for the life to exist on Mars.

The mission had as its primary science objectives were to record atmospheric conditions including temperature, pressure, wind conditions, dust, analyze samples of soil and polar deposits for volatiles particularly water and carbon dioxide, take images of the interior of the red planet and determine the type and composition of soil etc.

Unfortunately NASA failed to maintain the contact with MPL on the red planet and no one yet knows what the original cause behind this fail is. NASA is still struggling hard to find out the MPL and its cause of failure.