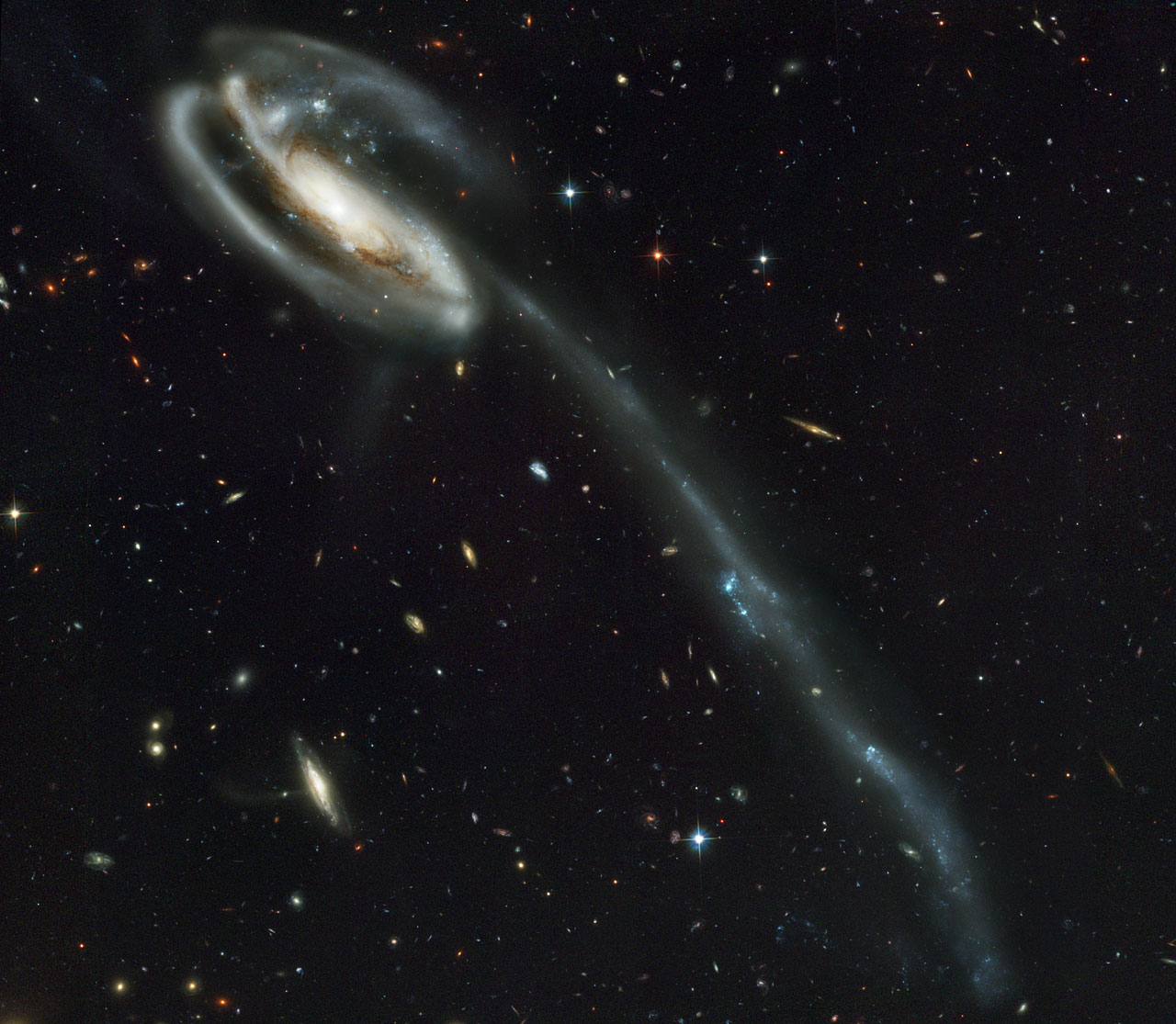 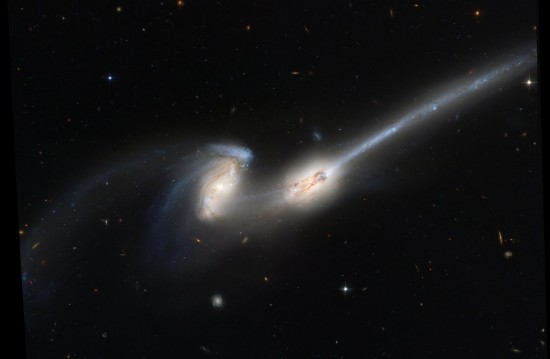 This image of two interacting galaxies known as NGC 4676 or now as nicknamed, “The Mice”, is placed at number 6. This beautiful image was captured by Hubble in 2002. These two “colliding” galaxies will eventually merge into one and exist peacefully ever-after.

No 5. Quadruple moon transit across the Saturn 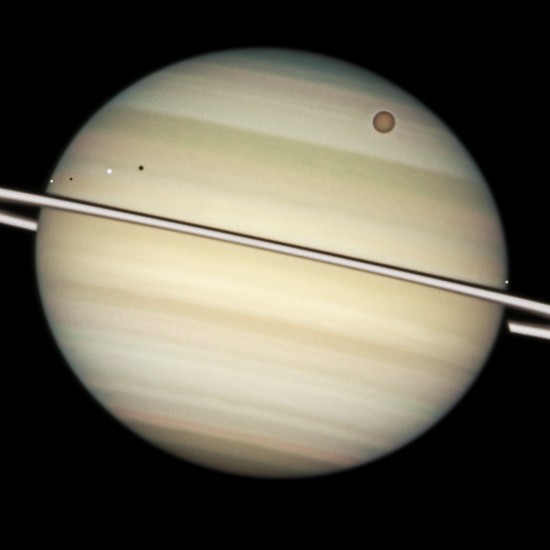 A planet with 53 officially named moons; Saturn is the second largest planet in the solar system, after Jupiter.    Released in 2009, this image comes in at number 5 in out list. Although, it not might seem something spectacular at first, but looking closely you can see several moons orbiting the Saturn really close to one another. The large red spot on the upper –right corner is Titan; a moon that is bigger than the planet Mercury.  While the two moons to the right, yes “two”, are actually preceded by their own shadow creating an illusion of four. The remaining moon is to the right, at the very edge.