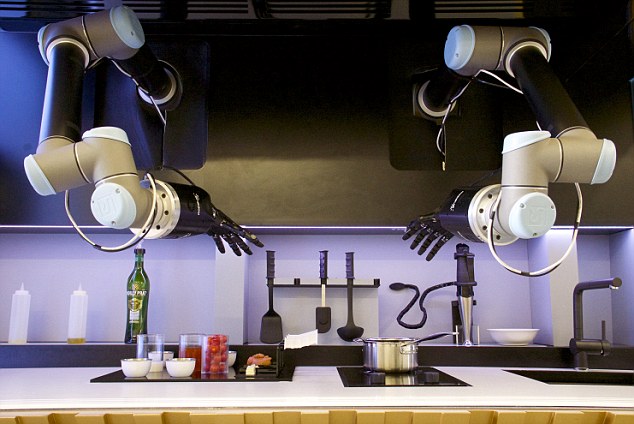 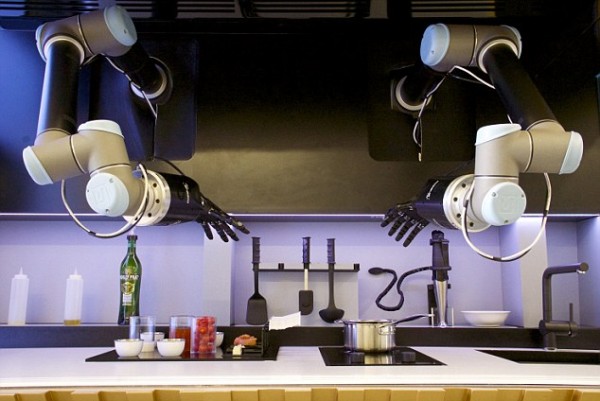 Many of us wish to be able to come home to see a healthy plate of dinner already cooked and waiting for us. But, who said that wouldn’t be possible some day? British scientists have developed a robot chef that just does that. The robot which comes as a set of robotic arms is so sophisticated that is able to cook meals from scratch. From as early as 2017, the robot will hit the market as part of a purpose-built high-tech kitchen, priced at around £10,000, which includes an oven, hob, dishwasher and sink. 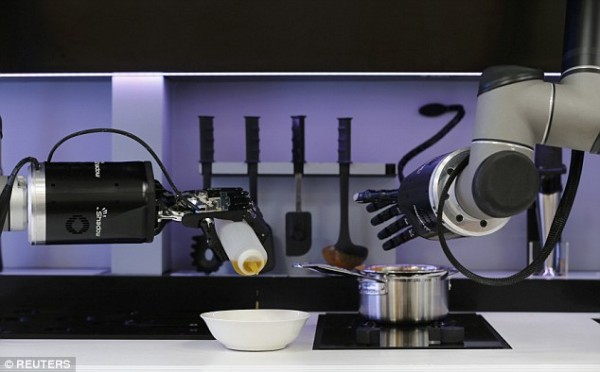 The robot which required almost 18 years for scientist at Moley Robotics to develop the hands, is governed by 24 motors, 26 micro-controllers and 129 sensors. In a small office in Islington, North London, the developers sold a few dozens of devices each year, primarily to other scientists who used them for their own research. A pair was even ordered by NASA to ‘inspire’ its engineers. 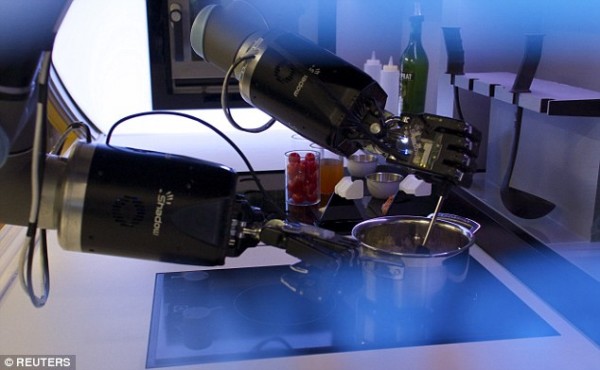 According to its creators, the arms are able to chop, stir, whisk, and baste well enough to recreate almost anything you would care to eat, whether it is a simple home-cooked supper, or an elaborate concoction designed by a world-class chef. Imitating human movements closely enough, the robots move a little slowly and are able to do things such as wipe a spoon on the edge of a pan to prevent drips. Whenever they are not busy they hover strangely above the work surface. 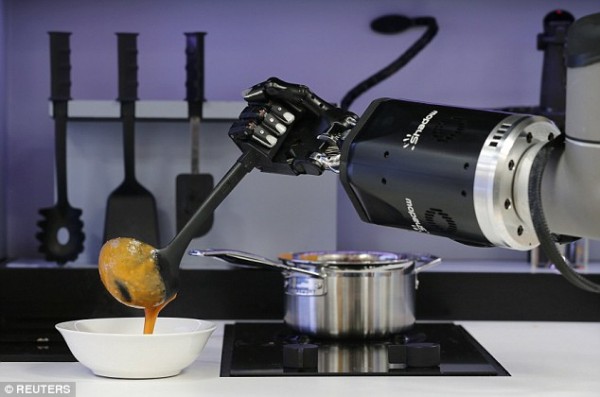 The robot invention however did not first start as an idea to be a chef as last year when Russian engineer Mark Oleynik approached the team with it, it was thought of becoming an everyday household gadget. As the robot arms work, it might create a little mess of splatters here and there, but this should be the least of our problems because the robot will be able to load the dishwasher and wipe down the work surfaces afterwards. 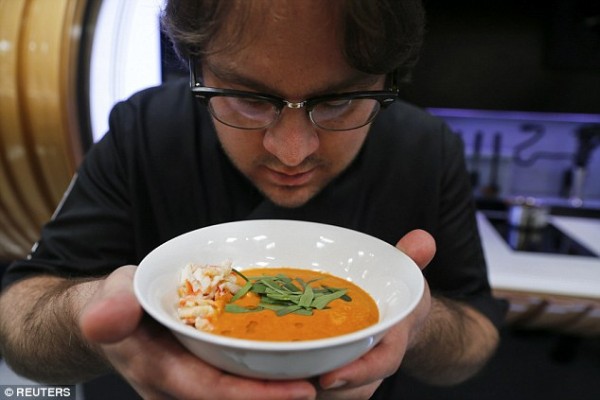 “All the things which are possible with the hand are possible here. There is no limitation,” Mr. Oleynik who is the head of the projects said. “A lot of people want to go to Michelin-starred restaurants, but they are quite expensive and may be quite far from the home. This is an opportunity for people to enjoy very good food, and for a reasonable price.”

Currently, the robot is able to make every meal except sushi as this dish requires exceedingly steady pressure and nimble fingers.

Who Knew A Cute, Little Device Could Be The Answer To Ending Your Laziness?