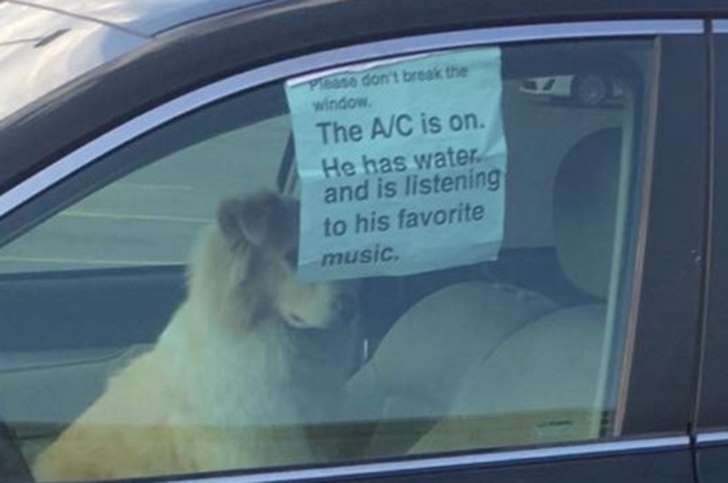 The dog who was sitting upright in the passenger seat didn’t appear to be any less than comfortable. However, this was quite the contrary for the hundreds who suffered heatstroke and died in hot cars each year. The American Veterinary Medical Association (AVMA) explains on a previous occasion that the interior of a car can become excessively hot, even when the temperature outside is relatively cool. In just 1o minutes, the outside temperature of a car could take the vehicle’s interior to 94 degrees. This could even increase to a blistering 118 degrees after an hour, according to AVMA.

While some states will allow the breaking of windows to rescue dogs, this is in fact considered as illegal in many states. In California, lawmakers are attempting to pass a legislation (bill AB 797) that will allow bystanders to do whatever it takes to rescue pets from hot vehicles without repercussions. In the bill, it is clearly stated that the rescuers must first call 911 and they must be given the go ahead to rescue the pet by taking such route if they have concluded that there is no other reasonable option. As for Michigan, a law that would bring felony charges to anyone who leaves their pets in hot cars in being pushed.