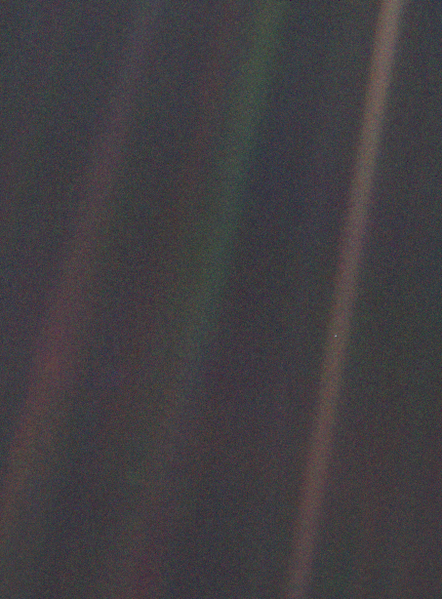 The Pale Blue Dot is a photograph taken at the request of Carl Sagan.  The more you look at this photo, and think about what it means, the more you understand how mind blowing it is.

It is of  planet Earth taken in 1990 by the Voyager 1 spaceprobe from a record distance of about 6 billion kilometers (3.7 billion miles) from Earth, as part of the solar system Family Portrait series of images. In the photograph, Earth is shown as a tiny dot (0.12 pixel in size) against the vastness of space. The Voyager 1 spacecraft, which had completed its primary mission and was leaving the Solar System, was commanded by NASA to turn its camera around and to take a photograph of Earth across a great expanse of space.

Listen to Carl Sagan as he puts it in perspective for you:

Edo Wonderland- A Must Visit In Japan

Don’t Use Your Garage? Turn It Into A Cozy Lounge Space Like This One Done By A London Designer