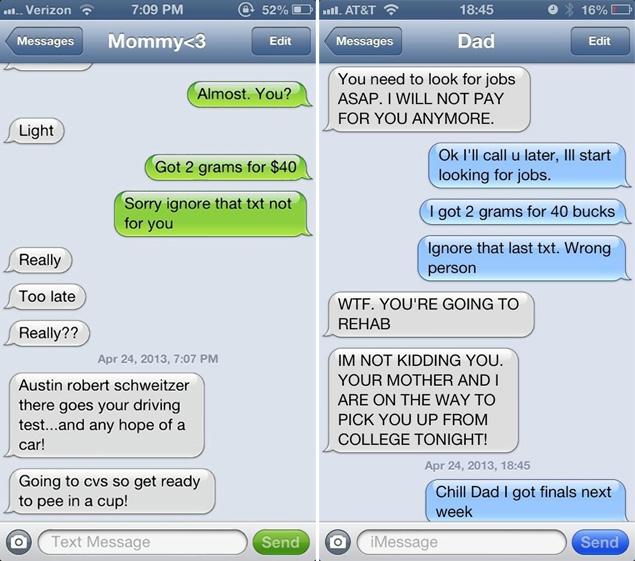 Smartphones were once an exciting technological development but these days they are just boring tools. It’s not all about working or facebooking on your phone right? Sometimes you just need to unwind and do some foolish things (and no, we don’t mean sending compromising photos of yourself on snapchat).

1. Have Arnold Schwarzenegger Record You a Voicemail Message

A new digital age has certainly put people in touch with one another in unprecedented ways. Fortunately, it has also put more people in touch with Arnold Schwarzenegger. The Terminator has been known to respond to his fans on user-based news site Reddit, and if you’re lucky he might just record a custom voicemail message for you.
[youtube]http://www.youtube.com/watch?v=q5Ec2_JfmNk[/youtube]
2. Change Your Roommate’s Status Update
This is borderline illegal so we do not condone it but if you’re really close with your roommate, and they enjoy sharing a good joke, you can prank them by seeing if they’ve left open their Facebook account on their smartphone while they’re asleep and leaving a funny status update on their homepage.If on waking they realize that for the past four hours their friends have been left speechless at the long pledges of allegiance to the music of Justin Bieber appearing in their name, they may learn about the perils of leaving phones lying around in a humorous way.
3. Whip Out a Photo of Your New ‘Pet’
When meeting a stranger, you might take advantage of the photo album storage on your phone by telling them about your stray dog Charles before showing them a photo of an elephant. When the stranger tells you that what you are showing them is not a dog but is in fact an elephant, you should insist that, according to the guy you bought him from on Craigslist, Charles is one of the larger, hairless breeds of dog.
4. Create the Silliest Work of Art Ever
The ubiquity of digital cameras in smartphones has certainly led to an ease in creating funny pictures to entertain your friends. In one remarkable instance, a woman recently passed time on an airplane trip by photographing herself with her cell phone in the style of 15th Century Flemish portraiture.
5. Prank Strangers and Loved Ones
Since the widespread use of smartphones has paralleled the widespread use of Craigslist ads in recent years, some people have taken to pranking Craigslist posters with funny texts. Asking someone offering a van for hire if they will engage in an A-Team-style rescue mission may just provide some much-needed comic relief in your life. Or you could text your parents pretending you are a drug dealer – guaranteed to elicit comical results – or a heart attack: 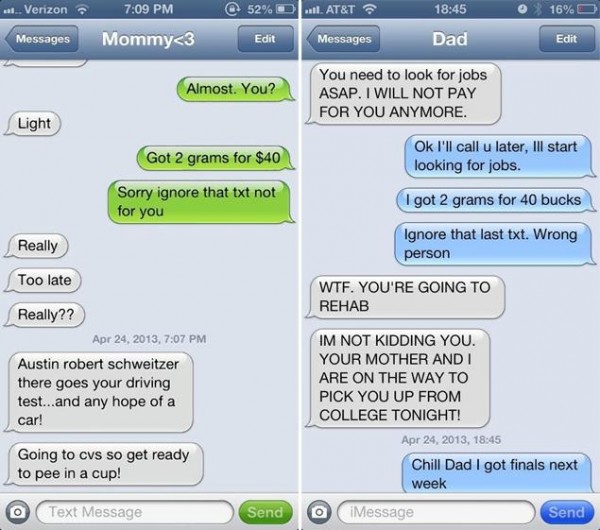 In this way, if you’re looking for a great time with your smartphone and a way to entertain loved ones, you’ll probably enjoy the new possibilities you’ll have for pranking your friends with your smartphone. We’ve come a long way from the days when The Jerky Boys used landlines to get laughs, and as technology becomes more widespread we may see a day when prank video-conferencing becomes the norm. Until that time, these ideas may help you brighten yours and your friends’ day.
previous post