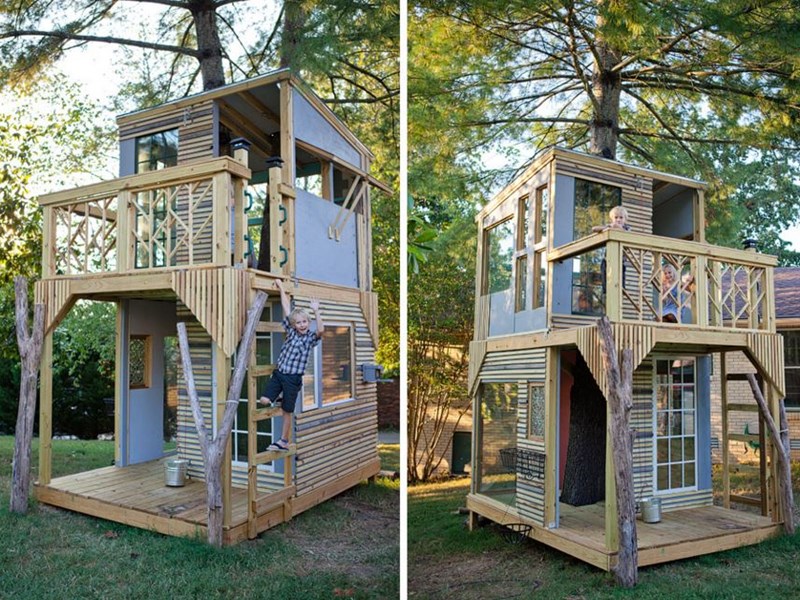 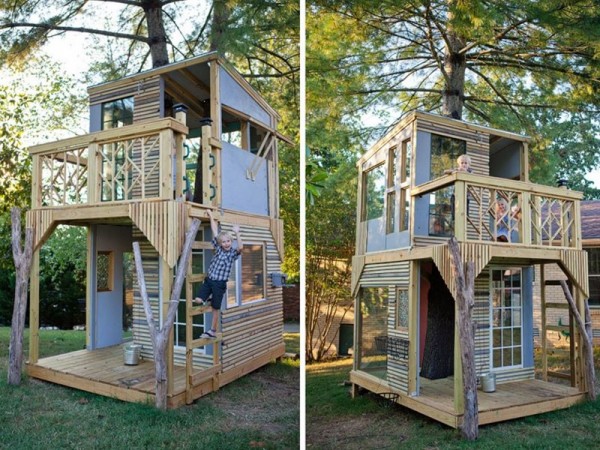 Having their very own treehouse is every child’s dream. A wooden structure where they can go whenever they want to let their imaginations run wild and be the leaders of the household. While the live-in space might be small in size and stature, even the small proportions of it is customized. Usually, when a treehouse is built it is separated from the main house. Some of us may not know the actually reason for this but I will share that it allows the children to practice a little autonomy from their parents and family, exercising a sort of independence and liberation from being a child while adapting a new role of tiny homeowner. 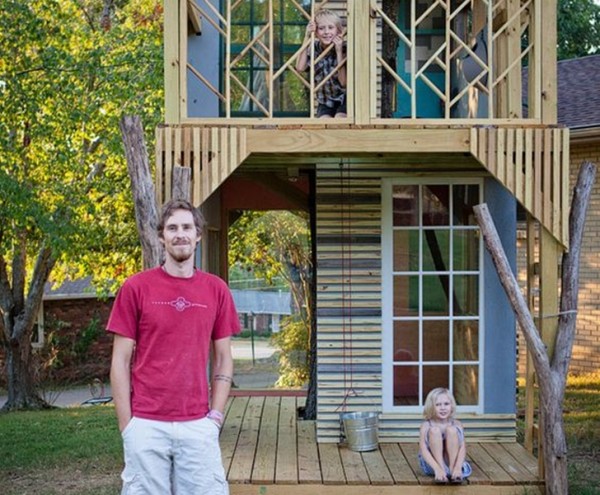 Investing in a treehouse can be a somewhat risky venture, but this was no problem for Bjon Pankratz and his wife, Laurel. The family residing in Franklin, Tennessee invested in a treehouse for their two young children Silas and Eisley. This treehouse is in an entire league of its own. Fabricated as a two-story abode, the structure is made with glass windows and working indoor lights. 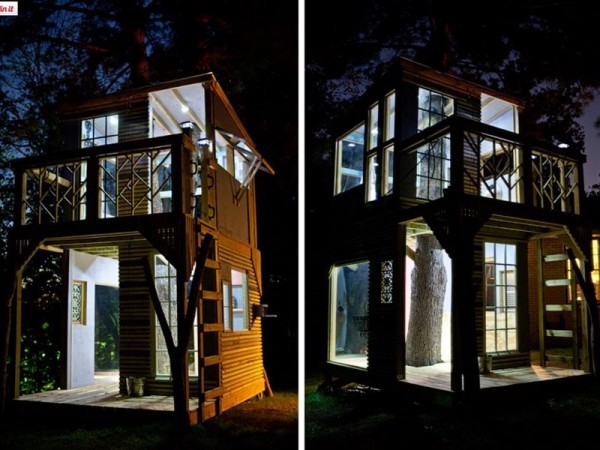 The story of the project was shared by Laurel, who is a professional photographer, on her blog.

“For those of you who don’t know how amazing my husband is, here is a glimpse… I always wanted a treehouse as I was growing up and never got the chance to have one, so when he told our kids last year that he would build one for them, I made him deliver on that promise! It took him a bit longer than expected because he is a perfectionist and a beautiful designer, so it evolved as he built it. But, the end result was definitely worth it. The kids are thrilled and I am so proud of him.”

As for Pankrats, he shared that he was not always completely confident in the process but was lent a (tiny) hand or two,

“The special moments for me were when the kids were helping me build it,” says Pankratz, a massage therapist. “They would come out and honestly wanted to help me because they knew I was doing it for them. That meant a lot to me.”

Check out more photos of the stunning treehouse below. 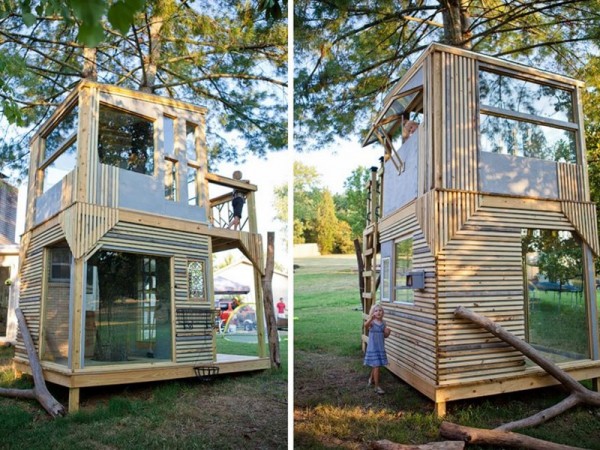 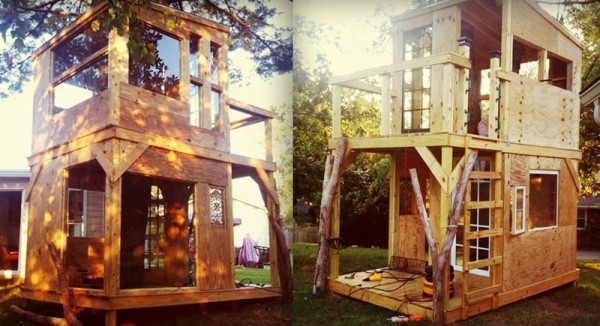