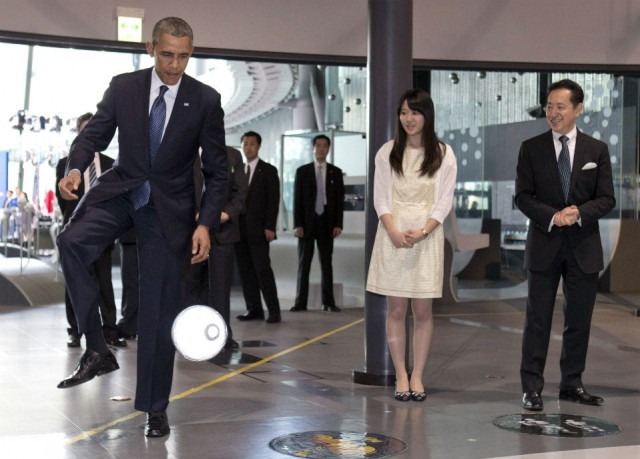 Humans have toyed with the possibility of robots. Some of us are really looking forward to a time when some intelligent machines will be able to efficiently execute human activities. Honda is one such company that has devoted itself to this course. Having started out in 2000, Honda has made steady progress in its quest to have a robot that is as close to humanity as possible. Recently, President of the United States Barack Obama had an opportunity to interact with a humanoid robot of Honda with the Advanced Step in Innovation Mobility- ASIMO

During his visit to Japan, Obama attended the Tokyo Miraikan Science Exhibition. It was here that Obama had an opportunity to interact with ASIMO. Other than enjoying a short lived chat with ASIMO, he also had an opportunity to test the humanoids football technique. ASIMO is capable of walking, running, recognizing faces as well as pour a cup of juice and serve it. While speaking to students, Obama stressed on the importance of Science and Math programs in both the U.S and Japan. He encouraged the students by telling them that the present day technology made it possible to achieve things that previously seemed impossible. He remarked that not even the greatest inventors of past generations had opportunities compared to them.