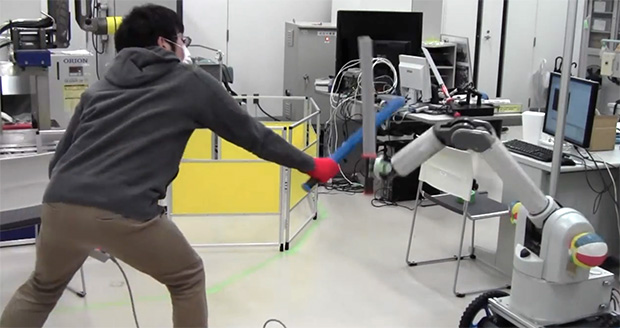 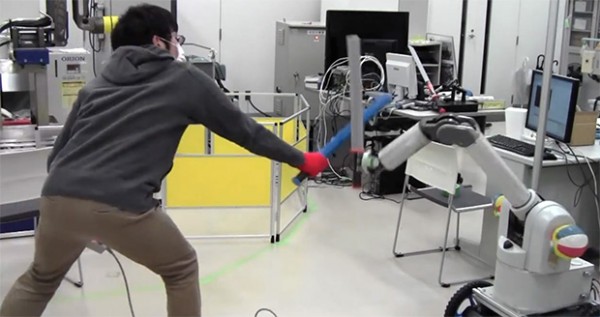 A Japan-based lab named Manika Laboratory that specializes in robotics with high-speed manipulation and vision that can both move and react quicker than humans, has programmed a robot that is able to sword fight. It’s obvious that these developers haven’t seen the Terminator movie. They would have know that they are looking to be scared out of their wits.

Giving it stereo vision so that it can perceive depth, the robot is equipped with a pair of high-speed cameras that act as the robot’s eyes for this purpose. This then obviously means that the robot is able to know the position of its opponent and can also recognise their movements. It is therefore also able to know where its own sword lies in 3D space.

In order to allow the robot to be able to analyse the initial movement and calculate the possible trajectories, algorithms have been programmed. Once the first move has been made and analysed, it will work out the best method of defense to cover all possibilities, as well as having the quicker reaction time to its advantage.

Other robotic motion demonstrations that have been showcased include folding paper and catching a ball in the Japanese game Kendama, which are obviously less scarier that the sword fighting abilities.

Check out the following short video of the sword fighting robot in action.