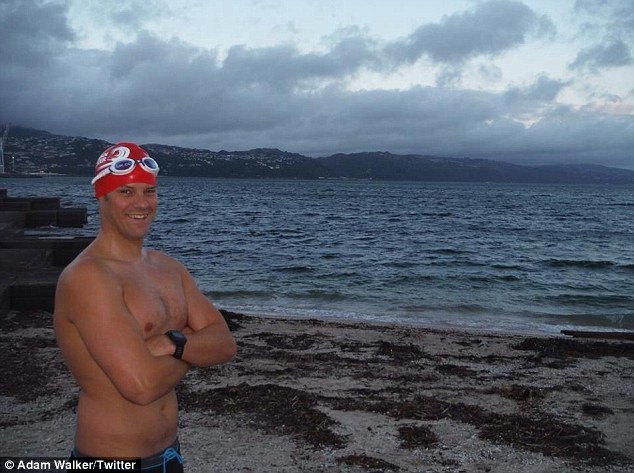 It was total disbelief when Adam Walker, an experienced swimmer in open waters, was shielded from being swallowed by a shark. It is not fellow human beings who offered protection but it came from dolphins. A very rare scenario to have ever happened in the world unfolded in Cook Strait, New Zealand to the shock of many people who witnessed the events.

Walker was going through his normal swimming escapade when he noticed there was a shark below him. He was taking a 16-mile swim through Cook Straight and was grateful that water creatures could protect him from fellow creature. It mysteriously happened that a group of dolphins was swimming near him and provided guard for about an hour that he spent in the water.

That was possibly one of the longest and scary swimming outings for Walker. He admitted to have never experienced such a situation in his swimming life. “I would like to think they were protecting me and guiding me home. This swim will stay with me forever,” he says in a video clip circulating on YouTube. His experience is a case in point that swimmers are brave people who should brace for any eventualities while inside the waters.