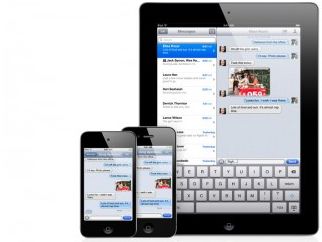 The Apple introduced a new feature for its iOS users named as “iMessage”. People who are already using BlackBerry handset, would have the feature called bbm or Black Berry Messaging, through which the users can communicate between other members of the bbm community. Apple also designed this new feature “iMessage” to work in the same way for its iOS users. It would simply allow them to connect via 3G or wifi, enabling them then to send and receive messages, pictures and videos in between other iMessage community members. Only those users can avail iMessage that have iOS 5 beta 1 version installed.

If the iMessage allows the users to use Wi-Fi to connect then both iMessage and BBM have all the features in common. It also enables users to acquire read and delivery reports, the ability to send multimedia files and being notified of real time typing. Users also get the ease of continuing their left over conversations from any other iOS device.

Another feature that would help users to use iMessage other then bbm is that; BBM had its own set of limitations among which BIS data plan was one of them, iMessage would give users the ease to use both wifi and 3G to connect and communicate, which means they would be able to use both iPad and iPod touch other than their iPhones