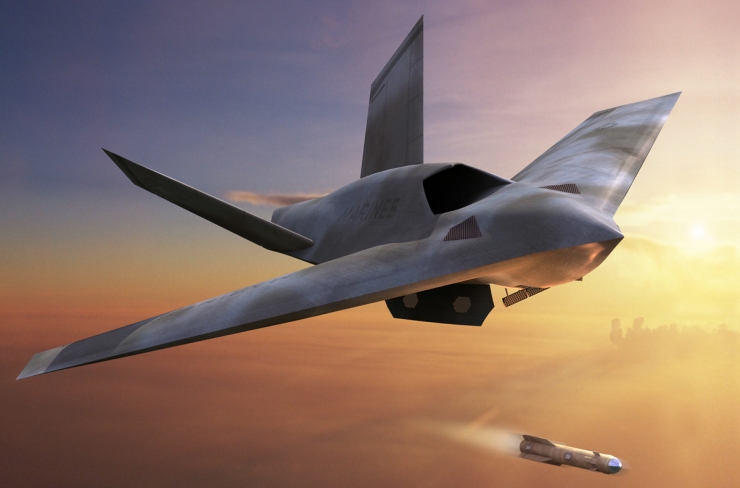 Discover the future with Pietrucha’s innovative vision of dogfight. Ever since various companies have been working on different UAV’s and MAV’s, we have been seeing many out-of-the-box UAV designs. Air-to-Air combat has advanced in multiple ways since many high-tech jets with dogfighting capabilities, advance gadgetry and modern weaponry systems have evolved significantly. What Col Micheal Pietrucha’s of USAF mentioned just stunned almost every pilot of near future. That’s right, welcome to the future where you have drones as your new wing-man.

The idea presented by Pietrucha’s will come in reality by 2020 and it will act as a vital implement for fighter pilots of tomorrow. These drones are capable of high speed maneuverability, Air-to-air combat tactics, wind adjustments, modern missile technology, programmed  to fight effectively in a dogfight. Every pilot will have the ability to control these droned wing-man in any way he wants. The future of air force seems promising, isn’t it?