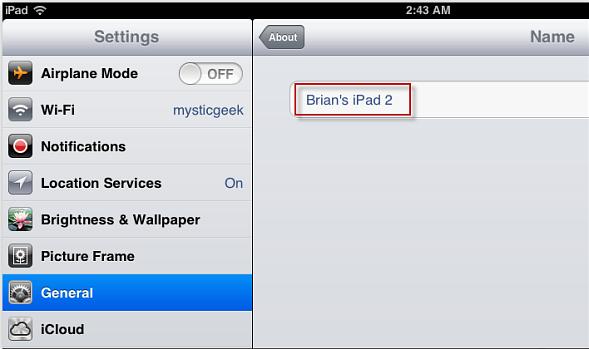 The latest version of iOS software series is iOS 5 which has a nice addition of the ability to rename the iOS device you are using rather than changing it from iTunes support center. However in previous or older versions you can change the name only by iTune settings which is a time taking and long process. But now this process has be reduced to itself and users choice. Following are the steps to tell you how it changes and what steps you want to take for implying this trick:

After completing the above stated steps you will see the new name shown up in iTunes too when you connect your device with a PC or a Mac machine. The newly set up name can be beneficial when you log on to the icloud or wifi as it starts working faster and quicker than normal performance. 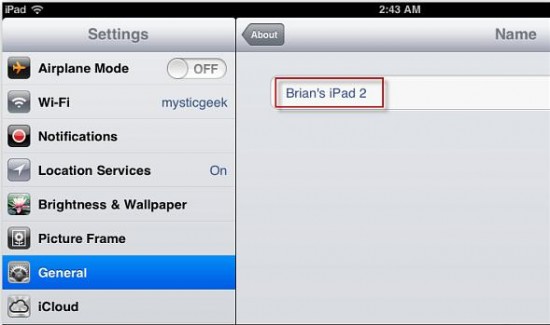