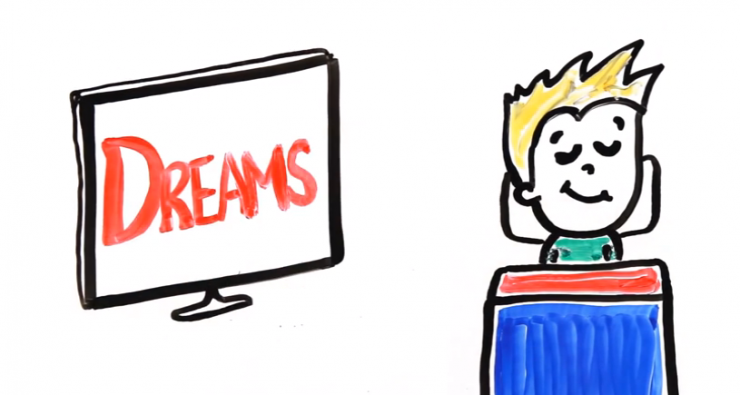 According to AsapSCIENCE, we spend about six years of our lives dreaming. Scientists still don’t fully understand that what goes on in mind during dreams. Therefore many studies were conducted to measure brain waves and how the brain reacts to specific images. Over time, the software was able to predict and recreate what the subject was seeing. So with the advancement of this technology, we would be able to watch our own dreams like a TV show.

The odd thing would be that it all looks interesting in a dream but watching it later on TV would look quite bizarre. For instance in my dream, I could be driving and get hit by a truck in LA, the next time I opened my eyes I could be in Fiji having dinner with my friends. It can surely get quite awkward!