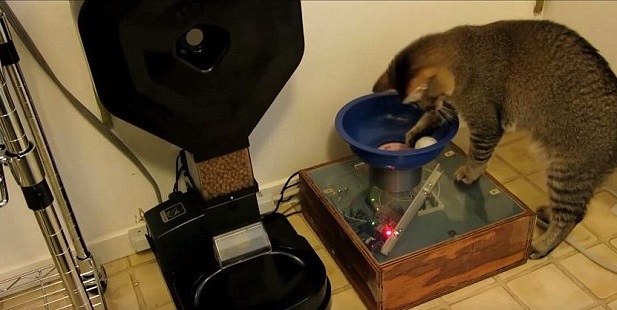 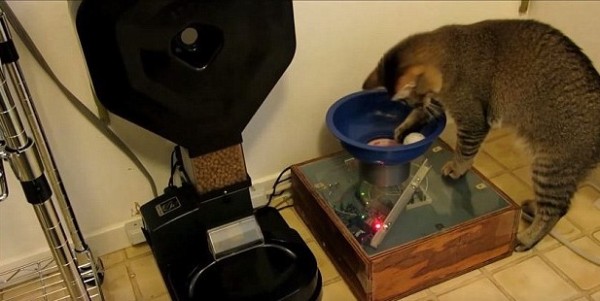 House cats may be able to satisfy their predatory instincts by hunting for electronically chipped balls with this high-tech hack. The chipped balls are delivered to a custom-built feeding machine that will release a portion of cat food. While the ingenious invention will allow cats to enjoy utilizing their excellent primal instincts, it will also save cat owners some time from having to feed them themselves. 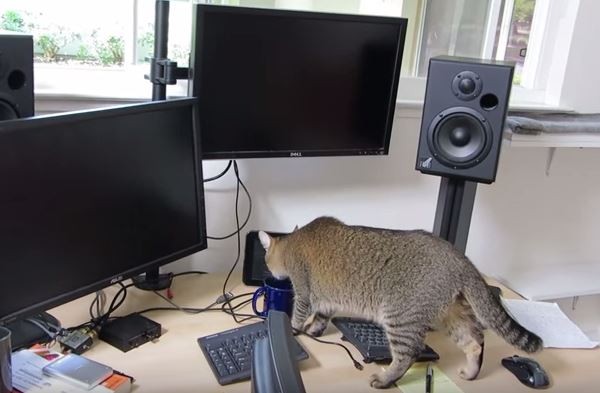 Even though cats have slowly changed from being outdoor animals to indoor pets 10,000 years ago, their hunting instincts have remained intact and sharp. The machine by Benjamin Millam combines high-tech hacks with some feline training session to enable his cat to hunt virtual prey and automate the process of feeding in the meantime. 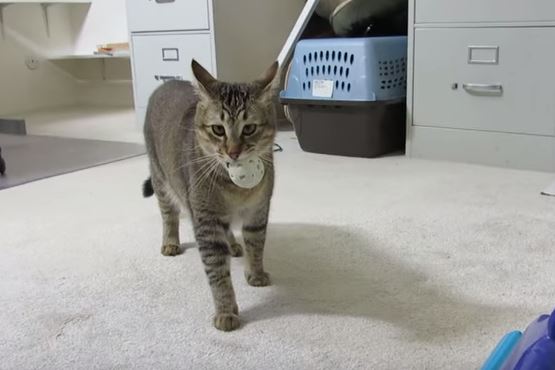 In a video that Millam released on the internet, his cat was captured ‘hunting’ RFID enabled balls which supply the cat with a reward for the hunt when they are returned to a specially built automatic feeding machine. The balls are first hidden about the house by Millam and afterwards sought out systematically by the cat to access the food. The cat also has to be taught to pick up the balls first before they are able to utilize the system.

He outlines that he trains his cat using a technique called clicker training which involves rewarding positive behaviour with a treat and marking it with a clicker. His cat, Monkey, was trained to firstly pick up a radio-frequency identification (RFID) enabled ball and secondly deliver it to a target, using this technique. 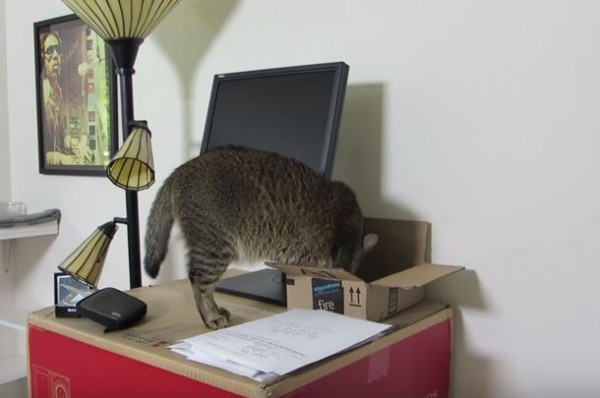 After a few tinkers with an automatic cat feeder, Millam managed to make the feeder deliver a meal only when the ball is delivered to a bowl, using RFID chips.

“This all started after I read an explanation of why cats go about repeatedly exploring the same areas,” Millam wrote on his blog. “It’s partly to establish and survey their territory, but they’re also practising mobile hunting: moving about, being curious, and poking their noses around in the hopes of upsetting potential prey and finding a meal.”

Check out more about the invention here on his blog.

Ever Thought About Sugar Tires?