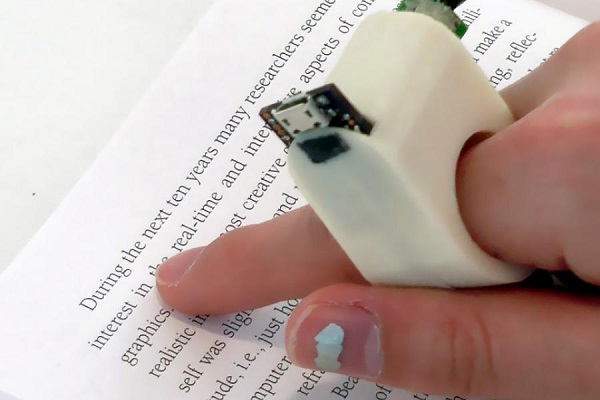 At MIT’s Media lab, scientists and researchers have been developing a device that will be able to give the visually impaired the ability to read magazines, textbooks and even restaurant menus again by wearing the device on their index finger. The device called the Finger Reader is 3D printed as a prototype and features a small camera that is able to scan texts.

The prototype is easily fitted onto the finger of the user and as it scans the texts that are captured by the camera, it reads aloud with its synthesised voice. The Finger Reader is able to read aloud the text of any printed material and therefore allows users to gain access to a larger number of books that have not been Brailled. 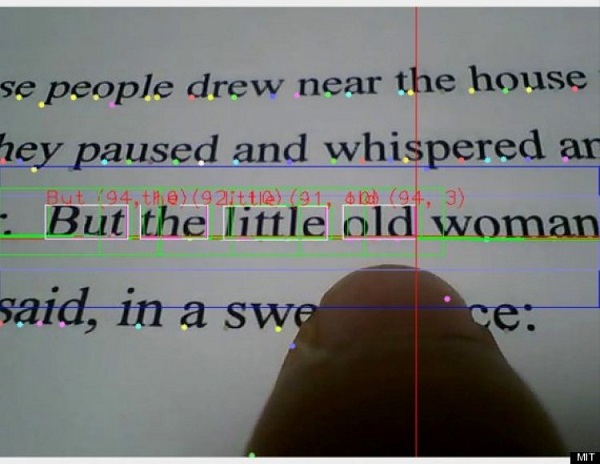 In order to operate the device, the reader must point at the text with the finger in which they are wearing the device. In addition to the small camera, the device also features an innovative software that can track the movement of the finger, identifying all the words and then process all the information, and vibration motors that will alert the readers by vibration if they stray from the script. 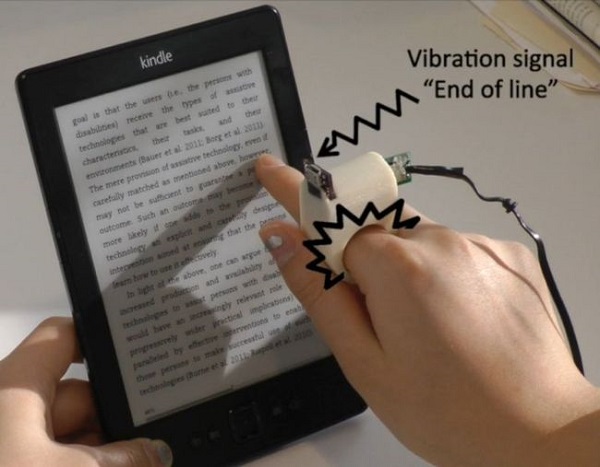 MIT professor and principal investigator of the device, Pattie Maes, said that the finger reader device is like “reading with the tip of your finger and it’s a lot more flexible, a lot more immediate than any solution that they have right now.”

The team explains that the software coding for the technology, along with working on various designs and carrying out test runs with visually impaired volunteers has taken more than three years to accomplish and there is still however a great deal of work to be done before the Finger Reader is ready to hit the market.

It is said that there are approximately 11.2 million people in the US who are visually impaired. Although the Finger Reader is just a research prototype at this point, the developers hope to market the device for an affordable price and to also even make the invention operable with phones in the future.