Lithium is a marvelous element. It is an alkali metal, and as of such, is highly reactive. It is relatively difficult to buy pure, but can be extracted from lithium batteries. 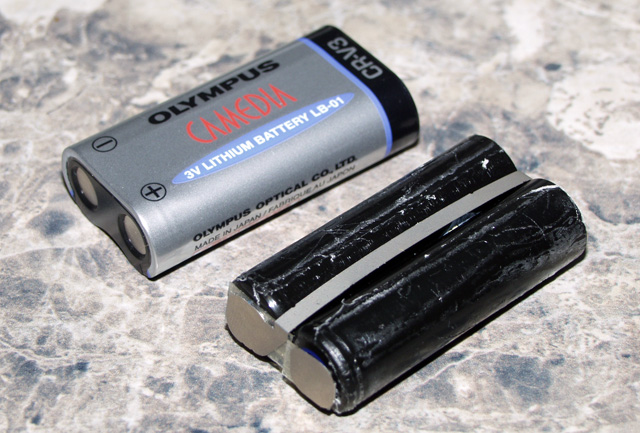 First you must obtain some dead lithium batteries. This shouldn’t be too hard, as most people will readily give them away when they no longer produce a sufficient current. Fresh ones will work too, but it’s rather wasteful.

Note that this will only work with plain lithium batteries, not lithium ion. The rechargeable lithium ion cells do not contain the pure metal, but rather a lithium salt.

If you happen to be using double batteries like me, you must break them apart. Simply use a pliers and pry off the spot welded conductor. Those with a keen eye might notice how they are connected in parallel rather than series. This is because the lithium cell produces 3 volts, twice that of alkalines. 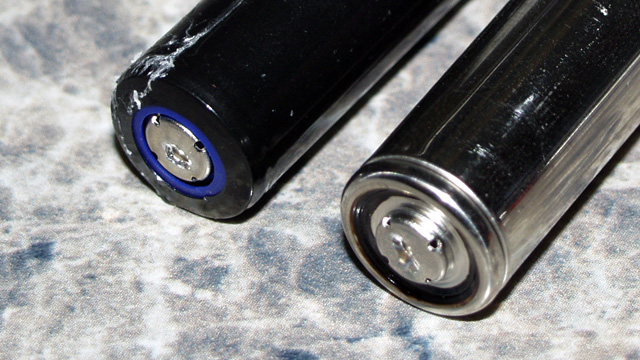 Here is the anode, both with and without the plastic insulator. This is another difference of lithium batteries, as alkalines commonly tie the annode to the cylinder body. 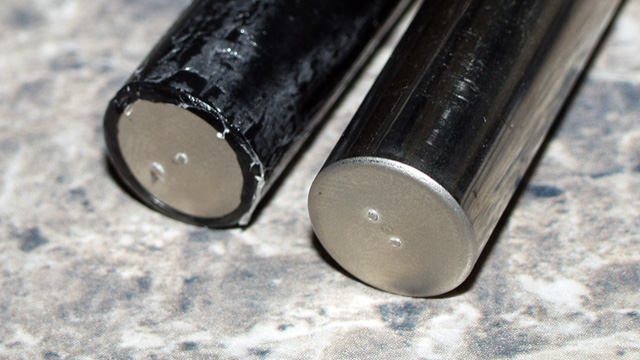 This is the cathode. Notice the brushed finish on the end of the cylinder. I have no idea what the significance is. If you haven’t done so by now, remove the plastic cover. 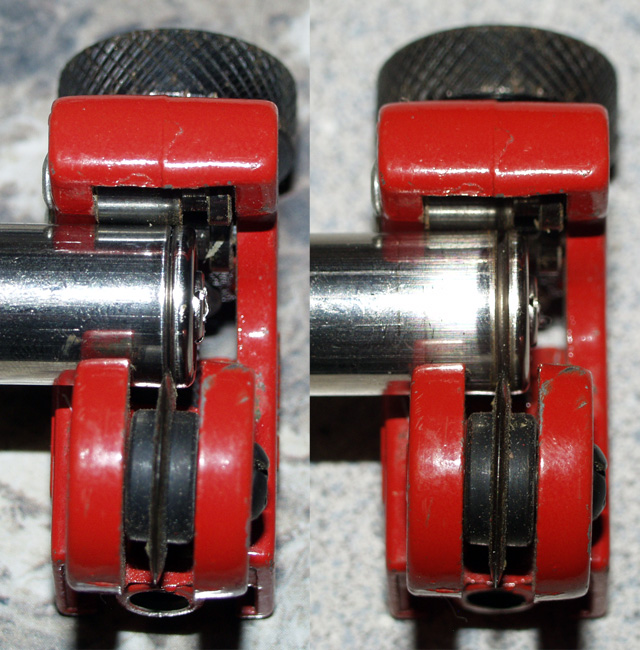 Using a pipe cutter, cut the battery open at the conveniently placed ring near the anode. This ensures a clean cut, and reduces the chance of damaging the electrodes.

My countertop randomly decided to change its design after taking this picture. I need to get a more reliable counter. 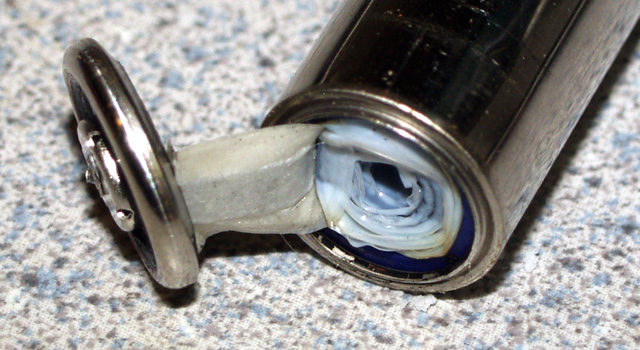 Pop off the top and you can finally see inside. Rather different from most batteries, isn’t it? Go ahead and pull the top out. It has a short piece of steel that connects to the lithium. Be careful, as the end will be coated in lithium. 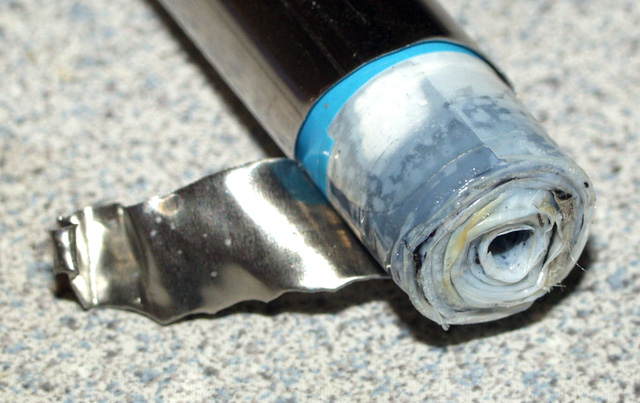 Snip the metal casing, and start unrolling it with a pliers. Be careful to avoid damaging the plastic interior. 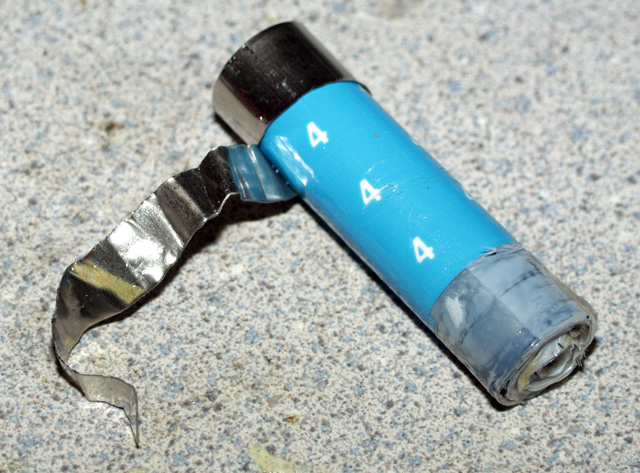 Continue unrolling the steel, until you can no longer hold on to it. What’s this? Some sort of numeral? On the outer coating of the battery cell is a thin piece of blue plastic, repeatedly dotted with the fourth integer. No doubt this is some sort of covert message from a treasonous battery worker. I would take the time and try to decode this foiled espionage communiqué, but I have lithium to extract and websites to master. 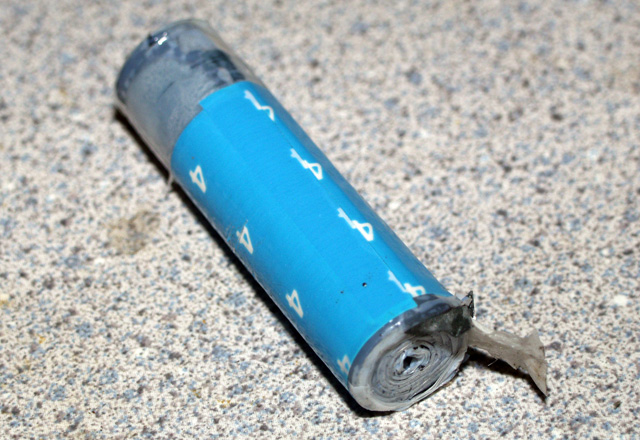 Gently pull the cell free from the rest of the casing. It is also attached by a thin steel conductor, so pull hard. I would write a longer description for this image, but I can’t think of anything else to say. I don’t think I can make myself any more explicable. 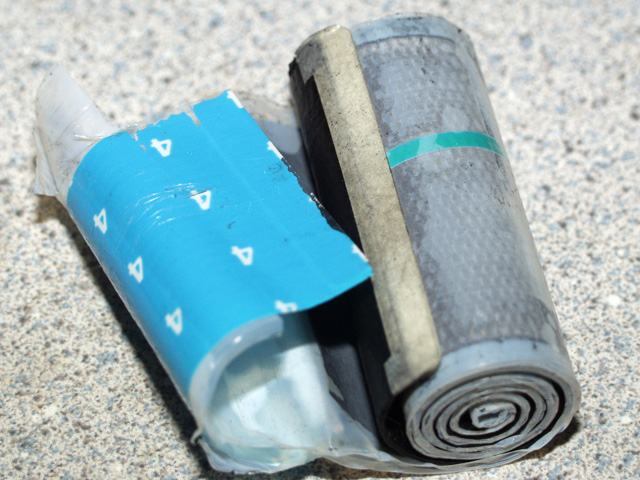 This would be a good time to put on some gloves. Lithium reacts quite readily with water, including the molecules contained within your fingers. I have yet to be burned by lithium, but I can’t imagine it would be pleasant. 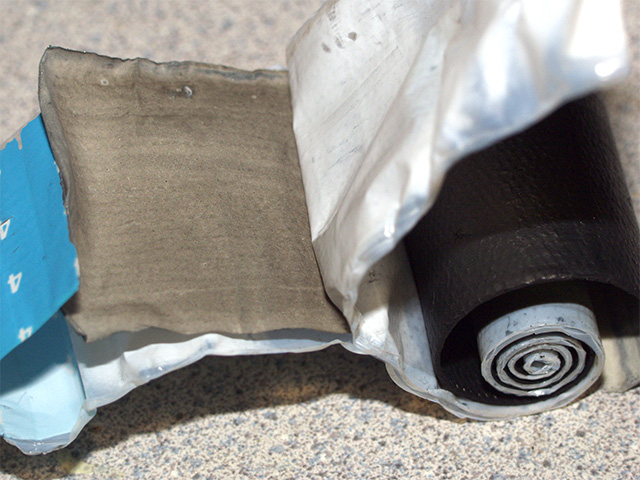 Contained within two sheets of plastic is our objective. At first glance, I was rather disappointed. My precious lithium is a dull tarnished grey? I was really hoping it would be nice and shiny.

Fully unwrapped, the lithium seems quite abundant. There is a peculiar green plastic stripe placed on part of the metal, for reasons which I cannot discern. I bet it’s part of the furtive correspondence operation associated with the fours. In any case, I suggest removing it. 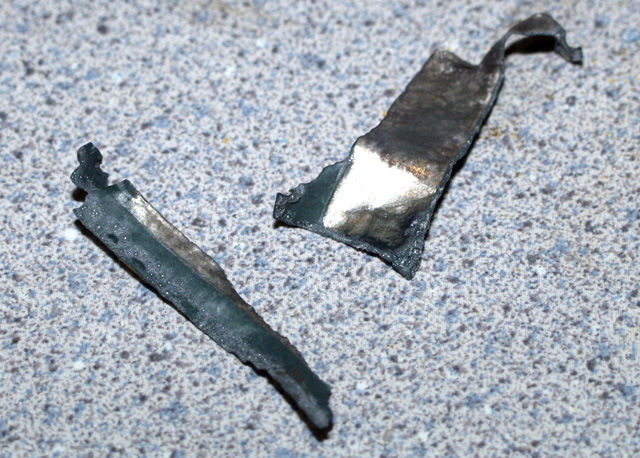 Here are a couple of lithium scraps. This metal is amazingly malleable. It’s a little less than 1mm thick, and yet is softer than an even thinner piece of lead. You can easily cut it with a knife. 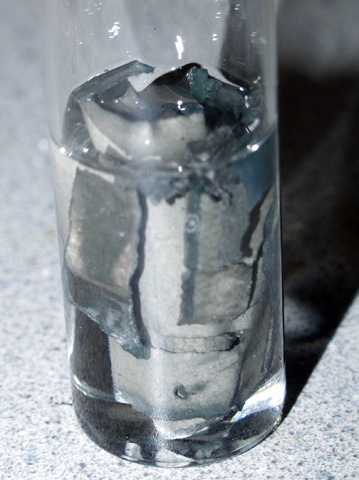 Once you have separated your alkali, you must store it in a safe place. A simple jar will not suffice. Due to its reactivity, lithium must be stored away from both air and water. The most prominent way to store lithium is under kerosene. Naptha hydrocarbons do not react with alkali metals, and provide a relatively safe storage medium.

Notice how the lithium floats. It is the lightest metal, with a density roughly half that of water.

Combined with a drop of water, lithium fizzes madly, producing lithium hydroxide and hydrogen gas.
2Li(s) + 2H2O(aq) ? 2LiOH(aq) + H2(g)
This is why you don’t touch it. 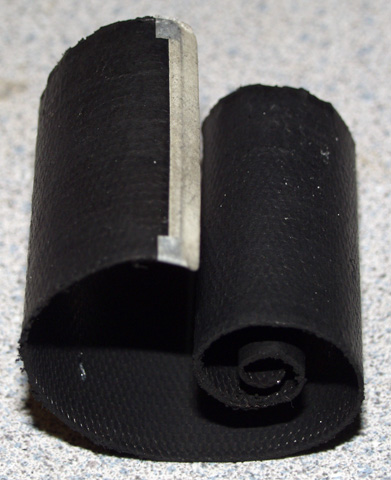 This was also found inside the battery. It is a steel mesh coated with a manganese oxide compound, serving as the cathode. It may be fairly pure, but MnO2 is much more plentiful inside alkaline batteries, making this miniscule specimen not worth keeping.

How to delete all SMS/Messages on iPhone without Jailbreaking?

Instantly Digitize All Your Notes, Scribbles & Brainstorms Made On Paper With This Smart Writing Set