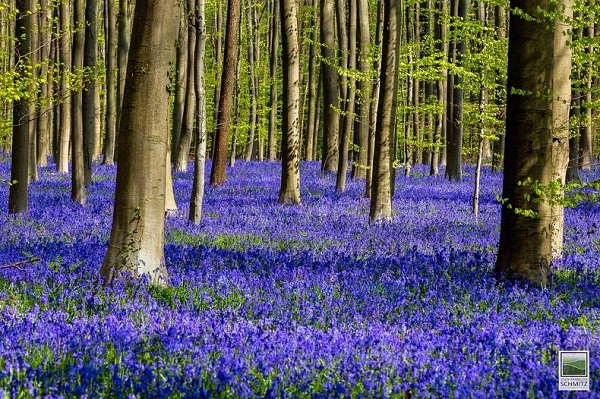 Do you believe in fairy-tales? Many of us would have probably read a forestry fairy tale story before and the illustrations of the woods would make us wish we could run off to a place as such when we need some peace. Believe it or not, a fairy tale-like forest portrayed in those books actually exists. A mystical forest called Hallerbos (Dutch for Halle Forest), located in Belgium, looks like it’s been lifted right out of a fairy tale book as it’s floor is entirely carpeted with wild bluebell hyacinth flowers from late April to early May. 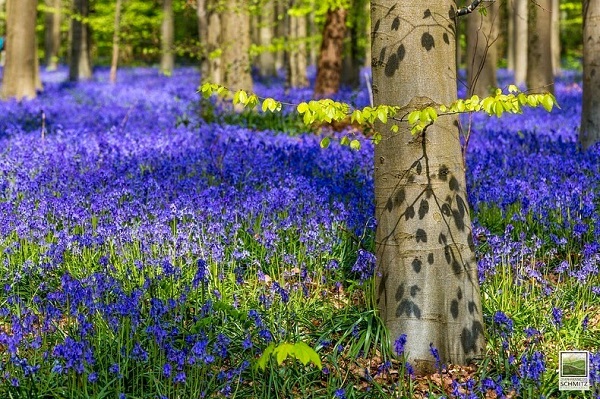 The beech forest extends covering an area of 1,360 acres, and is mainly situated in the municipality of Halle, in Flemish Brabant and about 15 kilometres south of Brussels. Every spring, for a few short weeks, the forest makes a magical transformation into a blue carpeted wonderland as millions of the tiny blue flowers bloom under the shade of the beech trees. 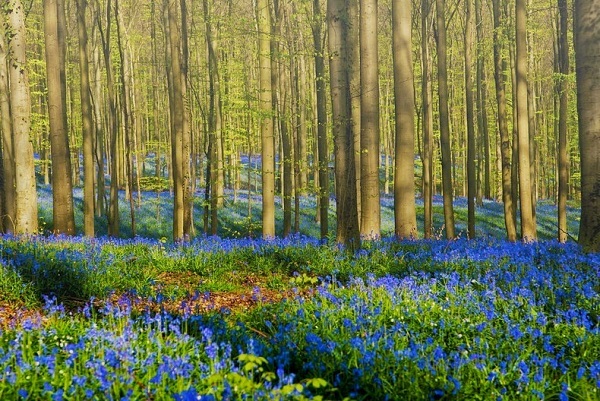 Halle’s Wood was once part of the Sonian forest, Europe’s largest beech forest, stretching over the southern part of Brussels. The forest was however destroyed during the occupying forces of the First World War. Some of the ancient oak and beech trees survived the devastation and can still be seen today. After the war between 1930’s and 1950’s, there were major replanting efforts to reintroduce the native oak and beech trees. The surprising fact is that the beautiful flowerbeds of wild bluebell hyacinths are all natural and have been ever since. 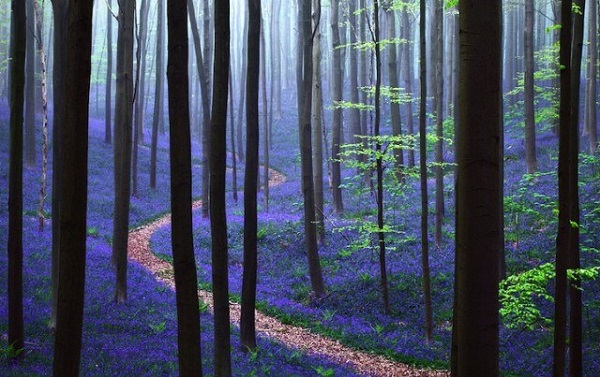 Aside from the bluebells, the forest has other riches in the spring season where it is crowded with birds such as the blackcap warbler, wrens, buzzards and the loud nuthatches, red squirrels throughout the pines and tadpoles in the ponds. 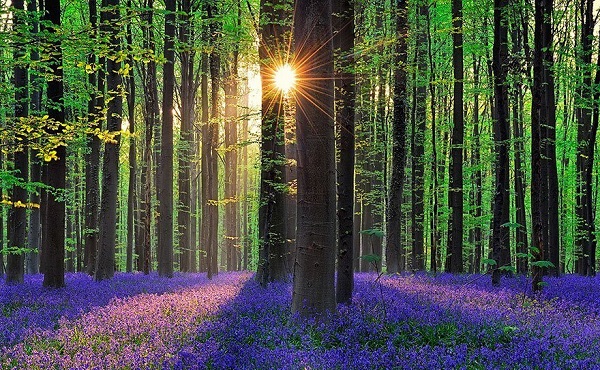 Hallerbos is a busy park during the few weeks of spring blooms as many visitors are attracted to enjoy the breathtaking scenery. There are trails not only for walkers but also for cyclists and horseback riders. Whether you are a photographer or just a visitor, Hallerbos is well worth a visit in the springtime to experience the short-lived magical occasion. 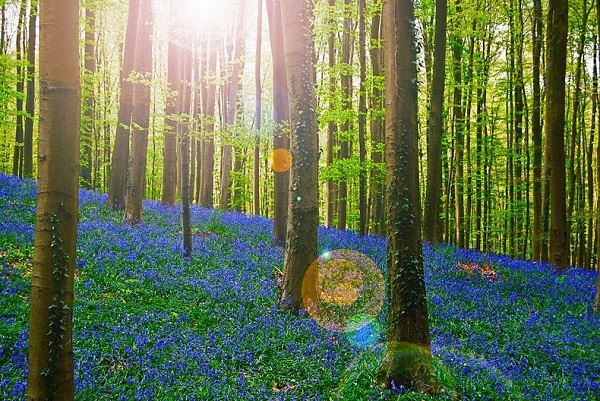