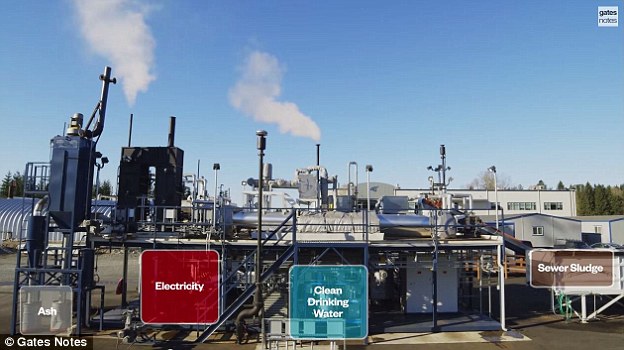 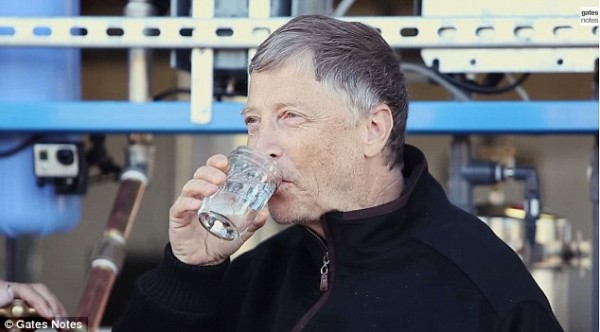 Getting people to buy water created from human waste sounds like a tough sell, but when billionaires like Bill Gates has backed the project and even drunk from the water plant, it doesn’t sound that bad after all, does it? The Microsoft founder has agreed to back a Seattle firm’s radical, high-tech machine that uses a combination of steam and filters to convert human waste into water, to help to bring clean drinking water to Africa. The firm says that the water produced is indistinguishable from bottled water.

The new kind of low-cost waste treatment plant called the OmniProcessor is about to be tested in Dakar, Senegal for the first time. 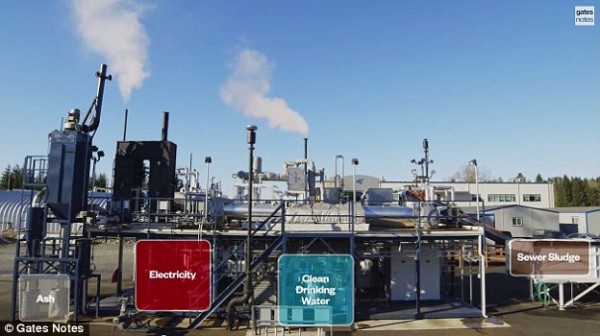 “I watched the piles of feces go up the conveyer belt and drop into a large bin,” Bill Gates said on his Blog. ‘They made their way through the machine, getting boiled and treated. A few minutes later I took a long taste of the end result: a glass of delicious drinking water.”

A video was captured of Gates drinking the water.

“It tastes as good as anything I’ve drunk out of a bottle, and having studied the engineering behind it, I would happily drink it every day. It’s that safe,” Mr. Gates added.

The firm behind the project says that each plant ,costing roughly $1.5 million, can process sewage for a community of approximately 100,000 people. Due to the fact that the machine runs at a high temperature (1000 degrees Celsius), no foul smells are produced; in fact it meets all the emissions standards set by the U.S. government.

The OmniProcessor is expected to act as a safe repository for human waste. In many places without modern sewage systems, the waste collected from latrines by truckers are dumped into rivers and oceans, and even treatment facilities that doesn’t actually treat the sewage. 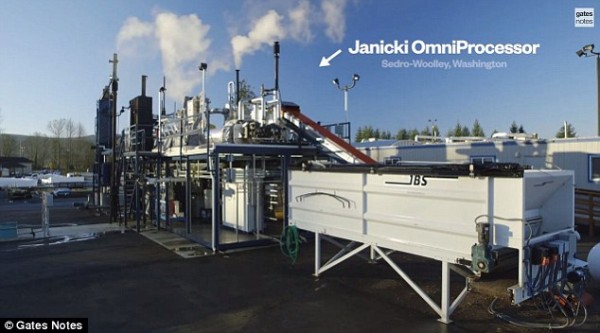 Once the water plant is installed in Senegal, a system of sensors and webcams will also be placed on the site to allow Janicki’s engineers to control the processor remotely and communicate with the team in Dakar so that they can diagnose any problems that may arise during its operation.

Hands Occupied? Now, You Can Play Games Using Your Feet!