The project is carried out by SSTL specialists, as well as researchers from the Space Center, University of Surrey. The main part of the preliminary work of the scientific experiment has been conducted, reports WDaily.

No additional upgrades are done to the phone. It will be placed in a special box that protects the unit from temperature changes and radiation exposure and the images and messages to Earth will be sent through a satellite radio link.
The researchers want to find out if the tiny, cheap yet technologically advanced components in smartphones can withstand the extreme changes in temperature, gravity, and atmosphere, with a view to incorporating them into regular satellites. 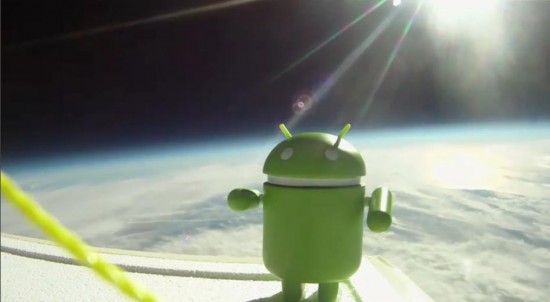 A satellite containing the as yet unknown smartphone will be launched into orbit around the Earth later this year, in a project known as STRaND-1.
A camera will likely be outfitted so the controllers on the ground can see the screen. This will allow the scienticians to control the phone with their own custom software packages. The ability to load custom software payloads and its open-source nature is the reason why Android was chosen as the first phone OS for the stars.
The satellite will rely on its own GPS, guidance, and thrusters, but will use the phone as a backup to the main computer. Then, if all goes well, it will take over as the main “brain” and control the satellite’s functions.
While mobile phones have been flown on high altitude balloons before, this would be the first time such a device will go into orbit above the planet.
The phone will be used to control a 30cm-long satellite and take pictures of the Earth in the mission, which will take place later this year.
[youtube]http://www.youtube.com/watch?v=mSoPJevJyeE[/youtube]