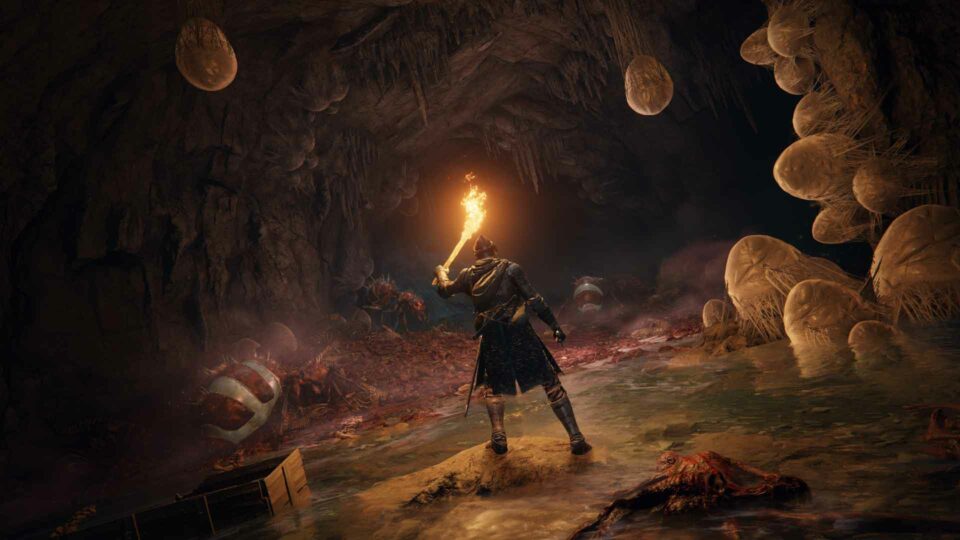 After over two years of silence, we’ve finally received some much needed news on From Software’s new IP: Elden Ring. Landing in January, 2022, Elden Ring is focusing on having a much more open world than before. Previously From Software games have been acclaimed for their intricate world design, but it often feels like there are specific “lanes” that you move along in the world. Elden Ring is looking to shatter this by having six main dungeons that you can attack in any order, with many other side dungeons available for exploration.

As good as From Software’s games are, there are some things to note from the trailer and IGN interview with director Hidetaka Miyazaki. Many of the attacking animations shown in the trailer are recycled from Dark Souls 3. In the IGN interview, Miyazaki clarifies that the battle arts are returning as techniques that are not fixed to a weapon (similar to the combat techniques from Sekiro). While having recycled animations and weapons isn’t ideal, it is justifiable in a sense when thinking about some of the basic weapons that don’t need to be re-invented. My hope is that Elden Ring brings new iconic weapons to the table, just as previous From Software entries have.

Age of Empires 2 was my first PC game and easily one of my favorite and most played games of all time. Besides being an intense RTS experience that was fun to min-max, Age of Empires 2 hosted a series of historical campaigns that would put you in the shoes of many historical figures across the centuries. This was easily one of my favorite parts of the game and tragically missing in Age of Empires 3, which chose instead to focus on an original, more fantastical story.

Age of Empires 4 is a welcome return to this historical focus, with several campaigns that have a realistic take on how events unfolded. Microsoft unveiled the Norman campaign, which will tell the story of Duke William of Normandy and the struggle for control of England. I can only hope that the rest of the campaigns available are varied in both setting and gameplay, with differing objectives and engagements that test one’s battle tactics.

Reminiscent of This War of Mine, Replaced has a fantastic photo-realistic pixel art style that perfectly conveys a sense of decay in a dilapidated, sci-fi world. This action platformer will be Sad Cat Studios’ debut title and tell the story of an artificial intelligence trapped within a human body. The trailer shows hand-to-hand combat and parkour from one neon sign to the next.

Now, these games can often be hit-and-miss. Some games, like Inside, boast a mysterious and unique world but offer very little in terms of gameplay. Other games, like Hotline Miami, will have intricate, fluid, and visceral combat systems, but not have varied settings for enemy engagement. We’ve seen a little bit of both in Replaced and my hope is that the gorgeous art direction is backed up with satisfying and active gameplay, rather than being a linear “walking simulator” that prioritizes creating an experience, rather than a game.

Wizard With A Gun

Wizard with a Gun looks to be a unique take on the classic “survive with a friend” genre of game. With an isometric viewpoint reminiscent of Don’t Starve, Wizard with a Gun has a unique tone to its trailer that can only be described as an alchemical western. Much of the combat and base building elements are tied to magical guns, which you can load with customizable, enchanted ammunition.

These build and survive style of games live and die by how much their combat and building systems leave room for player expression. Wizard with a Gun will need to have abilities and powers that feel radically different from one another, as well as a sense of progression and power scaling as you play. What we’ve seen so far is interesting though, and I’ll be following this game toward release.

Similar to games like Stardew Valley, the Slime Rancher was a relaxing, sandbox game with a unique setting and a very fair price. The slimes that you catch are adorable and the world is vibrantly stylized. While there isn’t a story or sense of narrative flow, like in Stardew Valley, the game has plenty of content for hours of playtime. While Slime Rancher had to go through early access, it looks like Slime Rancher 2 will be released as a full game, with plenty of content on launch. My hope is that the game is released as a complete package, with some sense of progression being ideal. While I don’t expect Slime Rancher 2 to be like Subnautica, a game with a defined story and sense of world progression, I hope it takes notes to become an even more immersive and engaging experience.