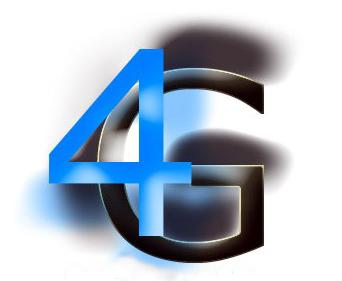 The often bandied about term ‘4G’ simply means 4th generation, the technology being the fourth carnation of mobile communications standards. Since Apple took the step in making its latest iPad 4G compatible, this term has become a buzz word for the future of mobile and tablet technology. But what does it mean?

4G refers primarily to the increased speed of a device’s internet connection over its predecessors. It is designed to enable a higher calibre of gaming, internet access, high-definition mobile and impressively; 3D television. The International Telecommunications Union defines the speed of 4G as up to 100Mbps for mobile devices and anywhere on the tasty end of 1Gbps for static connections. If the current predictions and expectations are true, 4G mobile technology will vastly outstrip the speed of your average wired home internet connection. The current generation that we’re all familiar with on our modern smartphones, 3G, offers a meagre 2Mbps so we can look forward to a speed up to 50 times faster than what we have now.

The problem that we come across whilst travelling, when losing connection finding a new mast, will apparently be eliminated too. 4G allegedly switches between mobile communication masts at a much faster rate than 3G.
At the moment, 4G isn’t commercially available in Britain and has only been rolled out near London as a pilot scheme to iron out bugs. We’re told that it should be implemented towards the end of the year, but Ofcom needs to auction the bands of mobile spectrum which have the capacity to run a 4G network (2.6GHz and 800MHz.)

The most practical appeal of the 4G network will be in smooth file-sharing and video conferencing. Business who avoid online communications are hoping to venture into this cheaper, faster and more effective market through the leaps that 4G will make. The secure and stable connection will mean file transfers should be swift and uninterrupted, whilst the increase in speed will allow for much smoother video streaming and a higher resolution to be displayed at a decent FPS (frames per second) rate.

4G is definitely going to be of a great benefit to businesses. The switch from mobile streams into VoIP (Voice over Inter Protocol) means that phone calls from mobile telecommunications will act in much the same way that those made on computers will. They will suffer less from peak spikes, meaning you can rely on your phone calls to be secure and quality at times of high usages, and the data transferred will be far more secure. Added to which, the cost of transferring this kind of data will be much lower than standard telecommunications.

But the jury are still out as to whether this decreased cost will see a decreased bill. We doubt it.