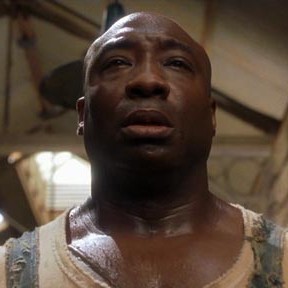 Based on the true story of Henri Charriere, also known as Papillon, which is French for ‘butterfly, a petty criminal, Papillon is wrongly convicted of murder and sentenced to life in a French penal colony in ‘Guiane’ (French Guiana, South America). Papillon is determined to escape but attempt after attempt meets with difficulty, resulting in eventual recapture. He continues his attempts to escape despite incarcerations in solitary confinement as punishment.

This is a film about a convicted murderer on Death Row and the nun who befriends him. Through the portrayal of finely drawn characters and their interactions as the days, hours, and minutes tick down to the condemned man’s execution, powerful emotions are unleashed. While Matthew Poncelet and Sister Prejean desperately try to gain a stay of execution from the governor or the courts, scenes are intercut from the brutal crime, gradually revealing the truth about the events that transpired. In addition to her temporal help, the nun also tries to reach out spiritually and assist as a guide to salvation.

No 4. The Bridge on the River Kwai

The film deals with the situation of British prisoners of war during World War II who are ordered to build a bridge to accommodate the Burma-Siam railway. Their instinct is to sabotage the bridge but, under the leadership of Colonel Nicholson, they are persuaded that the bridge should be constructed as a symbol of British morale, spirit and dignity in adverse circumstances. At first, the prisoners admire Nicholson when he bravely endures torture rather than compromise his principles for the benefit of the Japanese commandant Saito. He is an honorable but arrogant man, who is slowly revealed to be a deluded obsessive. He convinces himself that the bridge is a monument to British character, but actually is a monument to himself, and his insistence on its construction becomes a subtle form of collaboration with the enemy. Unknown to him, the Allies have sent a mission into the jungle, led by Warden and an American, Shears, to blow up the bridge.

Nominated for Oscar, this movie tells the story of Derek Vineyard, who is paroled after serving 3 years in prison for killing two thugs who tried to break into/steal his truck. Through his brother, Danny Vineyard’s narration, we learn that before going to prison, Derek was a skinhead and the leader of a violent white supremacist gang that committed acts of racial crime throughout L.A. and his actions greatly influenced Danny. Reformed and fresh out of prison, Derek severs contact with the gang and becomes determined to keep Danny from going down the same violent path as he did.

Top 10 Aircraft From The Future

The Lemon And Orange Sculptures!