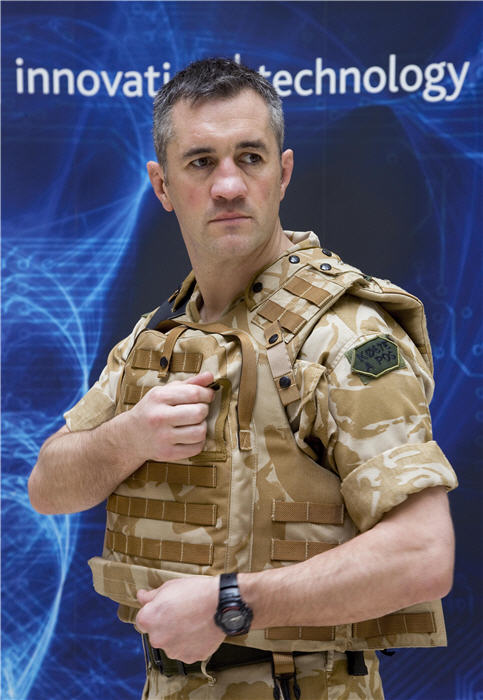 The New York Times just posted a story claiming that a secret Pentagon study, originally obtained by Soldiers for Truth, found that 80% — eight out of ten! — Marines with upper body wounds could have been saved by use of proper body armor. So, after reading this article we thought, what are the next generation body armors available for the next generation soldiers. Body armor has a great role for men and women serving in military, security forces or police. These protective vests and gear are resistant to attacks by various weapons, such as guns, knives and even small explosions. So before finding the state of the art, we googled the options and technology already available in a standard US Military issue. So we founds this image which summarizes it all

Of all the body armors we came across, Dragon Skin developed by Pinnacle Armor is the most advanced protection vest available today. This video summarizes its features and shows the level of engineering behind this bullet stopping wall.

The Tiny Camera By Thanko