After the confirmation that driver-less cars are set to launch in 2015, we were pretty excited to get a peek at the technology which will be used in these automatic driving cars. But by 2015 these driver-less cars might get old — at least for Singapore. The tiny city-state has already introduced the new generation of auto drive cars. The ‘Navia’ is an eight seater shuttle and it pretty much resembles a golf cart. The car has touchscreen navigation and an electric motor. There is an organized system of sensors and lasers which allow Navia to detect anything that might be an interfering in its way. In case the vehicle notices any obstructions it smartly avoid those obstacles and maintains its own the path. One big catchy feature is that when the car is not being used to carry people, it automatically parks itself at its charging position.

The advantages are undeniable. The company has aimed to provide this transport to airports, theme parks, university campuses and hospitals. To see Navia in action watch the video below. 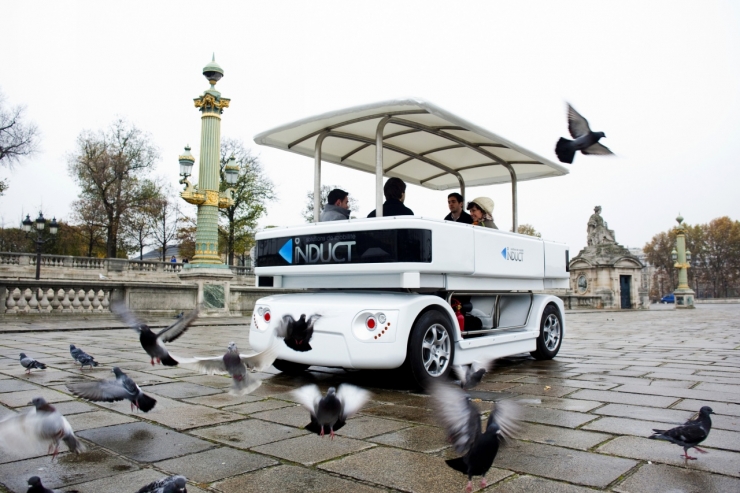 Pool side movies (death by electrocution not included)