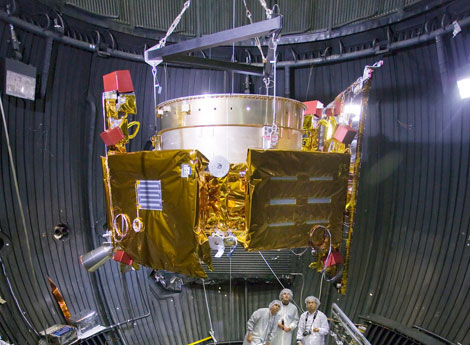 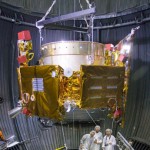 Its seems that even the moon will not be  spared in human quest of finding new avenues for human life.NASA today announced on its official site a mission that aims to send an empty fuel tank into space which will then be bombarded on a lunar crater to assess the amount of frozen water in the debris that is kicked up by the impact of the Fuel tank . On October 9, 2009 a suicidal spacecraft will crash into the moon’s Cabeus-A crater, kicking up  a 6-mile-high debris cloud that a follow-on sensor craft will surf through, by the help of  infrared spectrometers and video cameras to determine how much water ice exists in the soil of the moon. This experiment will also be viewed from telescopes based in space and on earth.
The mission is on track so far although there have been a few problems earlier on.  At the start of August, the spacecraft suffered from a software issue that caused it to consume too much fuel. After two weeks of painstaking efforts by NASA engineers, the spacecraft is back to normal .


Just a thought- why we humans want to conquer  the moon when humanity has even failed to live peacefully and gracefully on the planet we have.
previous post