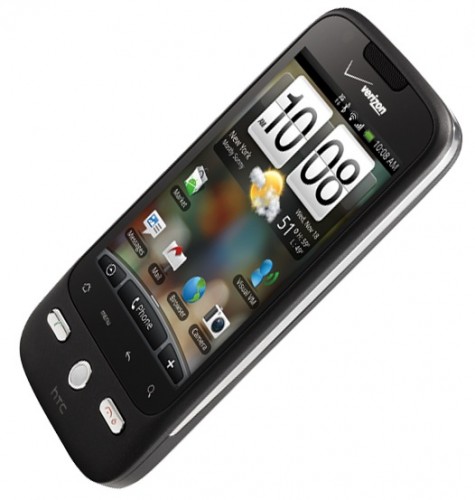 Many engineering disciplines rely on supercomputers to simulate complicated physical phenomena — how cracks form in building materials, for instance, or fluids flow through irregular channels. Now, researchers in MIT’s Department of Mechanical Engineering have developed software that can perform such simulations on an ordinary smart phone. Although the current version of the software is for demonstration purposes, the work could lead to applications that let engineers perform complicated calculations in the field, and even to better control systems for vehicles or robotic systems.

The new software works in cases where the general form of a problem is known in advance, but not the particulars. For instance, says Phuong Huynh, a postdoc who worked on the project, a computer simulation of fluid flow around an obstacle in a pipe could depend on a single parameter: the radius of the obstacle. But for a given value of the parameter, calculating the fluid flow could take an hour on a supercomputer with 500 processing units. The researchers’ new software can provide a very good approximation of the same calculation in a matter of seconds.

“This is a very relevant situation,” says David Knezevic, another postdoc in the department who helped lead the project. “Often in engineering contexts, you know a priori that your problem is parameterized, but you don’t know until you get into the field what parameters you’re interested in.” 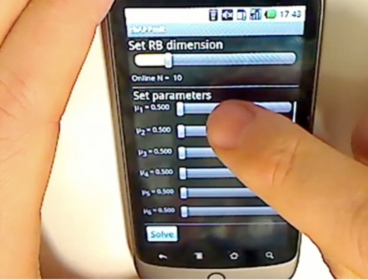 Each new problem the researchers’ software is called upon to solve requires its own mathematical model. The models, however, take up very little space in memory: A cell phone could hold thousands of them. The software, which is available for download, comes preloaded with models for nine problems, including heat propagation in objects of several different shapes, fluid flow around a spherical obstacle, and the effects of forces applied to a cracked pillar. As the researchers develop models for new classes of problems, they post them on a server, from which they can be downloaded.

But while the models are small, creating them is a complicated process that does in fact require a supercomputer. “We’re not trying to replace a supercomputer,” Knezevic says. “This is a model of computation that works in conjunction with supercomputing. And the supercomputer is indispensable.”

Knezevic, his fellow postdoc Phuong Huynh, and Ford Professor of Engineering Anthony T. Patera describe their approach in a forthcoming issue of the journal Computers and Fluids. Once they have identified a parameterized problem, they use a supercomputer to solve it for somewhere between 10 and 50 different sets of values. Those values, however, are carefully chosen to map out a large space of possible solutions to the problem. The model downloaded to a smart phone finds an approximate solution for a new set of parameters by reference to the precomputed solutions.

The key to the system, Knezevic says, is the ability to quantify the degree of error in an approximation of a supercomputing calculation, a subject that Patera has been researching for almost a decade. As the researchers build a problem model, they select parameters that will successively minimize error, according to analytic techniques Patera helped developed. The calculation of error bounds is also a feature of the phone application itself. For each approximate solution of a parameterized problem, the app also displays the margin of error. The user can opt to trade speed of computation for a higher margin of error, but the app can generally get the error under 1 percent in less than a second.

While the researchers’ software can calculate the behavior of a physical system on the basis of its parameters, it could prove even more useful by doing the opposite: calculating the parameters of a physical system on the basis of its behavior. Instead of, say, calculating fluid flow around an obstacle based on the obstacle’s size, the software could calculate the size of the obstacle based on measurements of the fluid flow at the end of a pipe. Ordinarily, that would require several different computations on a supercomputer, trying out several different sets of parameters. But if testing, say, 30 options on a supercomputer would take 30 hours, it might take 30 seconds on a phone. Indeed, the researchers have already developed a second application that calculates such “inverse problems.”

In the same way that a simulation of a physical system describes its behavior on the basis of parametric measurements, control systems, of the type that govern, say, automotive brake systems or autonomous robots, determine devices’ behavior on the basis of sensor measurements. Control-systems researchers spend a great deal of energy trying to come up with practical approximations of complex physics in order to make their systems responsive enough to work in real time. But Knezevic, Huynh and Patera’s approach could make those approximations both more accurate and easier to calculate.

Max Gunzberger, Frances Eppes Eminent Professor of Scientific Computing at Florida State University says that the MIT researchers’ work has a “cuteness aspect” that has already won it some attention. But “once you get over the cuteness factor,” he says, “if you talk about serious science or serious engineering, there’s a potential there,” Gunzberger points out that while the researchers’ demo concentrates on fluid mechanics, “there’s lots of other problems that their approach can be applied to. They built the structure that they themselves or others can start using to solve problems in different application areas.”

Man Made A Fully Functional Bicycle From Cardboard! [Video]