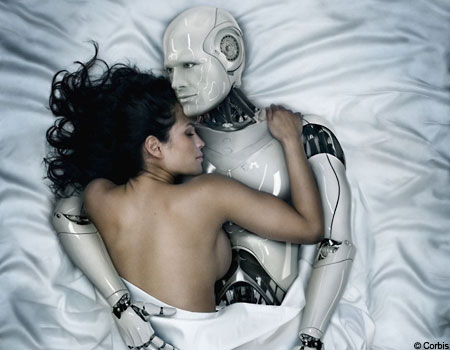 Nearly three years ago we published a story about Kenji: the ‘third generation humanoid robot.’ Kenji was an alarmingly unique robot –  he was capable of the robot equivalent of love. The article further stated that Kenji developed intense feelings for a young female intern at the lab, and had to be deactivated. Other web news outlets picked up on this story – Gizmodo, IGN, The Next Web all published articles on Kenji’s adventures.

Regrettably, it turns out that the story was a hoax. As Brian Merchant’s piece in Vice* uncovered earlier this year, the source of this fabrication actually originates in a fake news website called Muckflash. That website has long stopped publishing, but their fictional creation Kenji keeps circulating in the net.

We humbly acknowledge that we fell for the ruse. Like it or not, emotionally charged robots are still way off in the future. Kenji is a fake.

At the same time, the interest in Kenji and robot love – which has flared up again in recent days for whatever reason – does give us pause. Why is the notion that a non-organic entity may develop human feeling such a compelling – and disturbing – idea?

Pretty much since the concept of ‘robot’ was conceived there was speculation that machines might become indistinguishable from us humans. The idea of the robot is as old as human fiction, and it has always been accompanied by stories of a special bond created between robots and their human operators. Over 2500 years ago, the Greek poet Homer wrote of “golden maidservants hastening to help their master. They looked like real women and could not only speak and use their limbs but were endowed with intelligence and trained in handwork by the immortal gods”.

Back in modern times, one of the earliest stories about robots from the 20th century, ‘Helen O’Loy,’ describes an automaton who develops feelings of love towards one of its creators (incidentally this is one of the few times that the loving robot is portrayed as a female).

Along with the enticing possibility that robots might learn to feel, comes the fear that robots will replace us, will make better humans than us, surpass us in every way – including their capacity to love. This too has been expressed in fictional accounts telling of the dangers posed to humans by robots. When Asimov conceived his famous Three Laws of Robotics it was already in response to what he saw as the tedious Sci-Fi plot whereby robots become a danger to their creators or to other humans. In Asimov’s stories robots are hard wired to never harm humans – but is a machine that is capable of loving humans in itself a harmful concept? Asimov, the godfather of science fiction, also wrote many stories of robot-human affection and at least in these stories the result is not always negative – Robbie, his first fictional robot, is probably the most famous story on this topic:

Nevertheless, the fear of robots who love remains palpable, and it is especially evident in science fiction films. Bladerunner is one such famous example – in that movie, which blurred and questioned the line between android and human, such negative attitude to machines who love might be attributed a basic human anxiety – that of of finding out that your feelings aren’t your own, or that the love you experience is not ‘really’ real. The storyline involving nonhuman may in this case be just a symbol for relationship insecurities that don’t necessarily have much to do with androids.

Sometimes however the fear of robots is based simply on good old science fiction induced nightmares. One example   – which was pointed out by an anonymous commentator in the discussion of the original post (thanks!) – is the terrifying short film ABE:

(warning: movie may be disturbing to some)

But today this issue goes beyond fiction. Despite the fact that a loving robot like Kenji still does not exist, science has started speculating on the possibility of robots that can and do feel. The scientist Hooman Samani has invented the concept of Lovotics (Love + Robotics) and speculated in the probability of love between robots and humans.

Perhaps the fascination – and fear – of robots possesing real emotions is that there aren’t many differences between us and them after all – in respect to brute computational power we have long been surpassed of course. But also in aspects of what is called intelligence we humans might be starting to lose out – chess is the prime example. Back in the 90’s When world champion Kasparov lost to deep blue you could almost sense humanity’s collective anxiety stepping into high gear.

In fact, whatever it is that separates the human from the artificial is precisely based on factors that are difficult if not impossible to quantify – the ones that involve irrational, emotional behavior. And if we cannot adequately describe what makes us different, how do we know we really are different at all? Oftentimes in modern mass societies it already feels like we’ve been separated from our core emotions. Perhaps we have already lost whatever it is that makes humans special. Then again, perhaps that is not such a bad thing. If we stop thinking of ourselves as vastly different from other species maybe we will treat everything (including other humans) with more care. 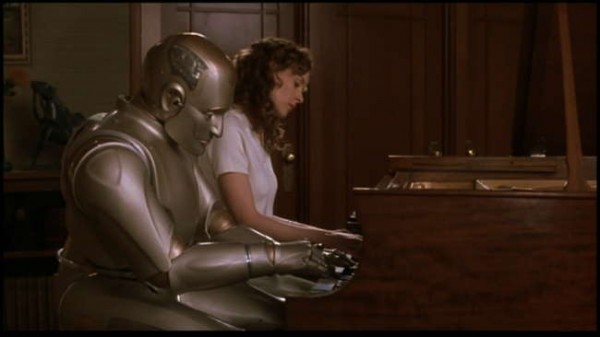 * by way of expiation we’ll let slide being called sensationalist by Vice, a mag whose current offering include an article titled “WEINERGATES IN WAITING: WILL MY SEXTS COME BACK TO HAUNT ME TOO?”