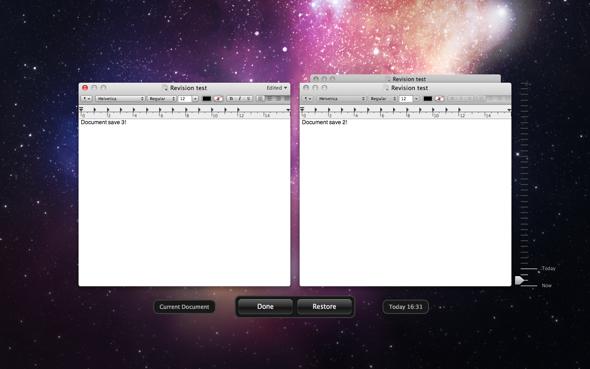 Apple’s OS Lion brings an application that facilitates the developers to add versioning control to the applications that they develop. If its documents that you are working on, version control gives you the ease of switching back n forth between the past and present version of your work, typically giving the ease to warp back n forth in time to make suitable changes to your work with its powerful editing capability. Most of the applications do not support this feature in them but luckily TextEdit supports this feature.