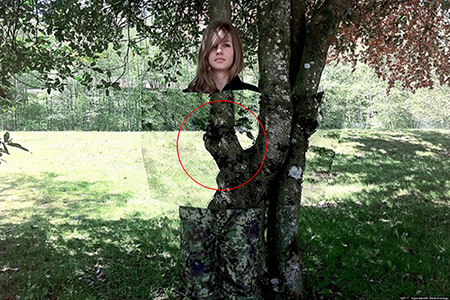 I am sure many of us want to be invisible, at least for a while! Just like Harry Potter with some invisible cloak.One of the fanatical scientists thinks she can make the perfect invisibility cloak using electrically charged metamaterials.

The invisibility cloak is kind of an obsession among scientists and prototypes have already been developed. Almost all of these invisibility cloaks use metamaterials that bend radiation around the person wearing it. The hitch is that these cloaks work with a small range of frequencies; other frequencies actually make the user more visible. For example, a cloak created to be invisible in red light would stick out like a sore thumb when exposed to blue light

Andrea Alu from the University of Texas at Austin suggests making cloaks out of materials that are electrically active. Alu proposed a design that starts with the standard metamaterials but adds CMOS negative impedance converters (NICs) at the corners of the cloak. Alu believes that using them in this way would allow cloaking of multiple frequencies. The technology is still in its early stages but for sure it is a step further turning invisibility cloaks a reality.

Do Your Laundry While Exercising With This Hamster Wheel Washer