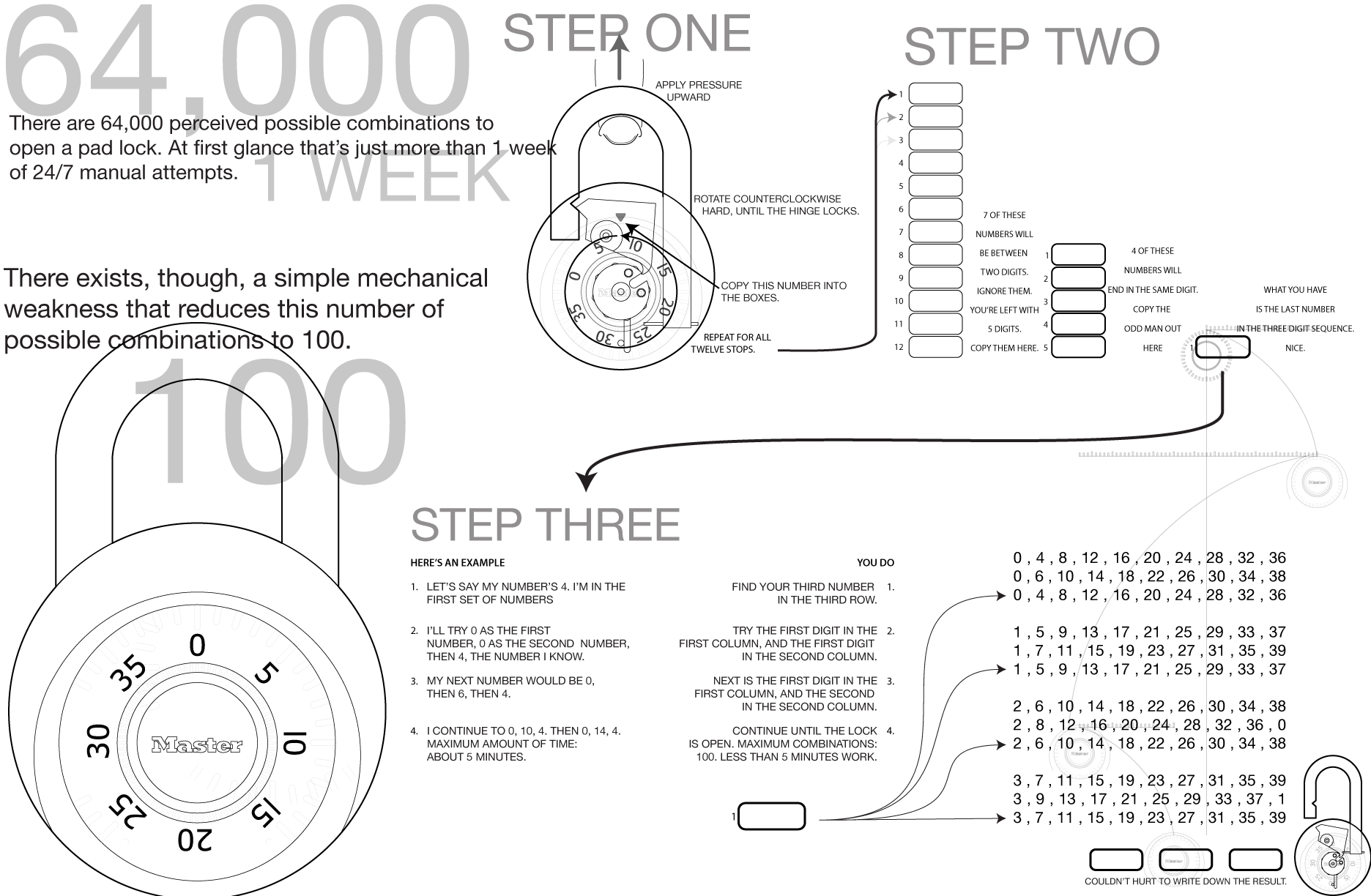 To pick a lock, you need to know the anatomy of the lock 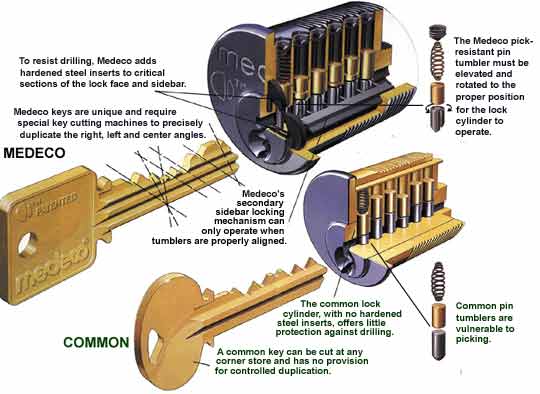 Forgot the key — or combination — to your lock again? No worries; we’re going to help you pick that padlock without breaking it.

To complete this How-To you will need:

Warning: Working with sharp objects and cut aluminum is dangerous. Use extreme caution.

Step 1: Cut off the ends

Using a straight-edge razor, carefully cut the top and bottom off an aluminum soda can.

Step 2: Slice from top to bottom

Cut the can from top to bottom using the scissors, and then fold the aluminum down so you have a flat sheet. Trim the edges so they are straight.

Using a marker, draw rectangles on the silver side of the aluminum sheet that are 1 ½ by 2 ½ inches, and cut one of them out.

Take one of the strips, draw a vertical centerline across the middle, and mark the strip horizontally into four equal sections.

Draw an “M” whose top reaches the halfway point of the middle line and whose sides are about a quarter of the way in on each side. But instead of the center of the “M” looking like a “V,” round the bottom so it looks like a “U.”

Step 6: Cut out the triangles

Using scissors, cut out the M with the rounded middle tip that you drew. Fold the top quarter down to the middle of the rectangle, and the two legs of the “M” up from the bottom so that they cover the piece of metal you’ve just folded down.

Find something the approximate circumference of your padlock shackle, like a pen or marker, and wrap the shim (the “U” shape) around it, shaping it to fit into the narrow space between the shackle and the lock. Fold back the wings.

Using the wings as handles, wrap the cylinder part of the lock pick around the shackle and insert the curved part in the space between the lock and shackle. Maneuver it around until the lock pops.

How to Pick a Door Lock With a Paper Clip

how to pick a padlock with a bobby pin

A Visual Comparison Between iPhone and Nexus One