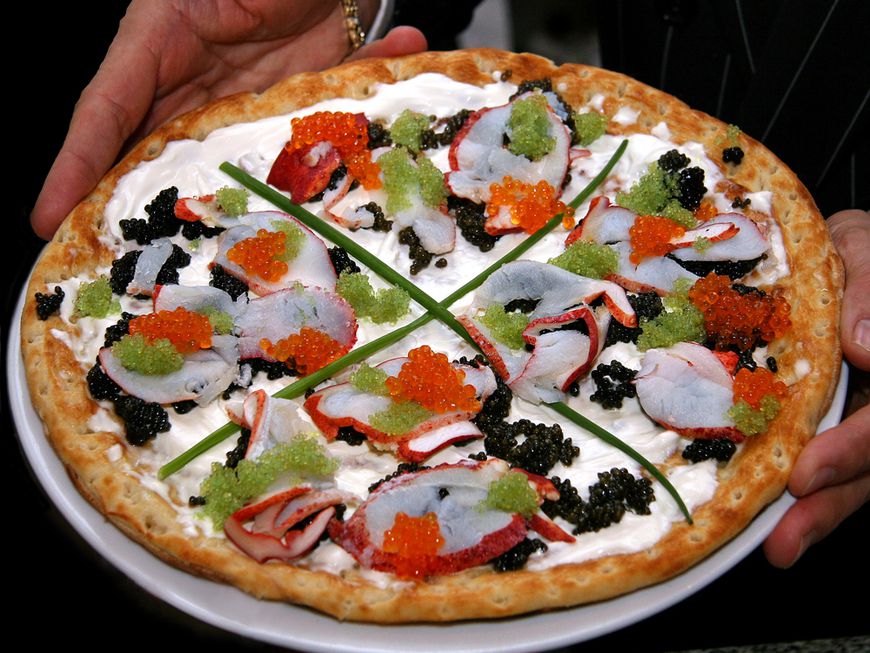 Admit it, we all want a good food. That’s why some are willing to spend a higher amount in exchange of a great food as it’s one of the best ways to relieve stress. Eating is already an experience. But how far can one person go to satisfy his cravings?  And up to how much is he willing to spend? Here are some of the foods that will break your bank!

Considered as an expensive gem by the seafood lovers, brown lipped abalone which was a gift from a Korean Emperor to China has a price tag of $173,600! Although it tastes very delicious (combination of sweet and sushi) it’s not expensive because of its taste but because it is very rare. Harvesting is so difficult, and the returns are small. These days, the risk of it becoming extinct is high because of a lot of factors such as the loss of habitat, illegal harvesting and so on. Oh, guess it’s time for you to taste it before you’ll run out of supplies.

Two Yubari King melon was recently sold at an auction for $29,251.50 to Shinya Noda as a summer gift to his company’s customers and clients!

Yes we know! You can already afford to have an amazing vacation in different countries or buy new car with that price tag!

But this amazing fruit that grows only in Yubari Japan has unique taste and sweetness that only those who can afford can only imagine. The way to grow it is intensive and it requires a lot of care. This is probably why it is considered as one of the most expensive fruits in the world.

Considered as the most expensive Caviar in the world, Almas will give anyone a legit Iranian Caviar taste. It is from a rare Albino sturgeon which can only be found in the Southern Caspian Sea. Packed in a 24-karat gold tin can, this food is only sold in Caviar House and Prunier Store in London at around £20,000! Now that is something! But if you have the money, might as well treat yourself a food fit for the king, right?

A lot of us likes chocolates! They simply make us feel good! That’s probably why apart from flowers, they’re also considered as common gifts during occasions. But what we will show you today is a different kind of chocolate flavored food!

Considered as one of the most expensive foods in the world, this pudding is made with four different types of chocolates with finest qualities and decorated with gold and diamond and topped with caviar and champagne jelly. This is priced about $35,000 per order and must be pre ordered for at least two weeks!

You probably heard of a dollar pizza. But what we have here is a pizza that costs $1,000 and topped with caviar and fresh lobster. Well, anything that has caviar we think is expensive! This 12-inch pizza that’s sold in New York can be sliced into 8 and can be ordered at $125 per slice.

Well, everyone deserves a good pizza, in this case maybe at least once in a lifetime!