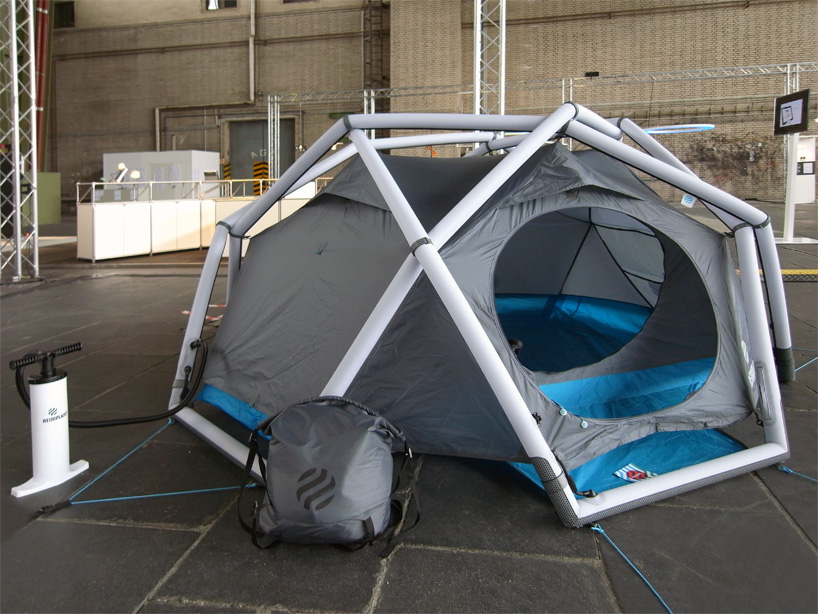 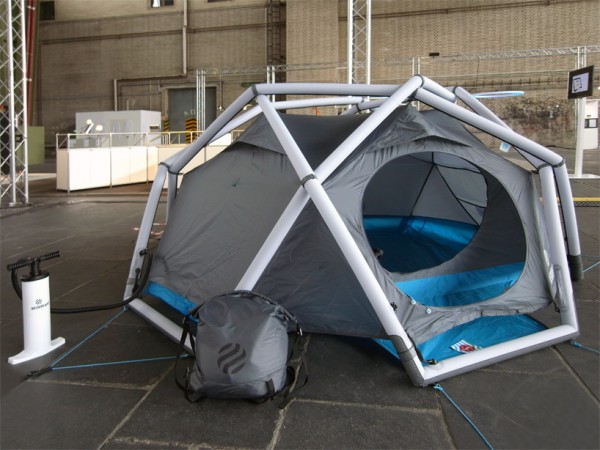 Most people would say that the hard part of preparing when going camping is setting up the tent. Hemiplanet has designed a new tent that they claim can be setted up in just four minutes. The basic two man model of the intuitive tent called the Wedge, is available for £280, while the more advanced version called Maverick, costs £3,800. There is also a three man middle range tent that is called the Cave model which costs £450. The more advanced version is said to be extremely stable and robust, and it is able to withstand winds of up to 180km/h.

Rather than having to deal with untying ropes and setting up woods for the structure, the tent is easily assembled with a foot pump as it is inflatable. The Hemiplanet tent also comes in as a preferred choice over traditional tents as it is able to resist weathers such as rain. Each tent model comes completed with a repair kit and a pack sack. Pegs and guy lines are also provided with the Cave and Wedge model. To allow ventilation when you are locked in the tent, there are several closable ventilation opening at the fly sheet. 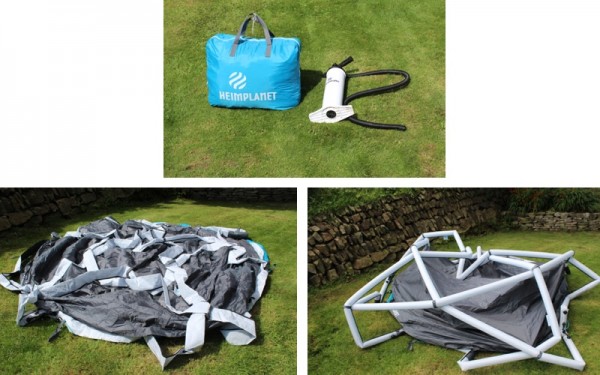 Inspired by nature, the firm shares on its website that the shape of the tents are inspired by the diamond, one if the most stable structures ever invented by nature. Whether you are going to a festival, on your own little adventure, or just chilling out in your backyard, the Hemiplanet promises to offer you the same outdoor feeling while still providing a thick resistance to erratic weather. 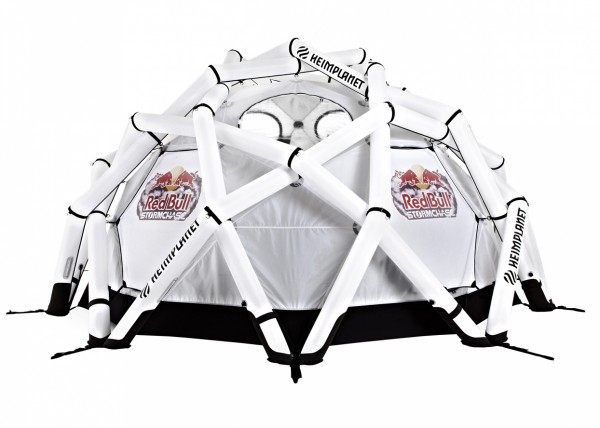 This Pocket Electricity Generator Solves Our “Ran Out Of Battery” Issues